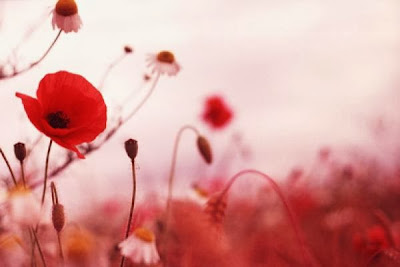 Remembrance day (also know as Poppy Day or Armistice Day) commemorates the sacrifices and calamities of all the commonwealth countries and all countries in World War I and World War II.

On the eleventh hour, of the eleventh day, on the eleventh month, 1918, Germany signs an armistice agreement with the Allies in a railroad car in the forest of Compiegne, France. The fighting officially ended at 11:00 a.am. 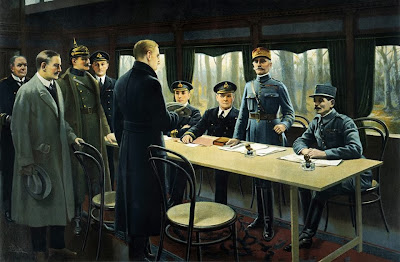 The armistice between the Allies and Germany – also known as the Armistice of Compiègne after the location it was signed – was an agreement that ended the fighting in the First World War. It went into effect at 11 am on 11 November 1918, and marked a victory for the Allies and a complete defeat for Germany, although not technically a surrender. The Germans were responding to the policies proposed by American president Woodrow Wilson in his Fourteen Points of January 1918.

The actual terms, largely written by French Marshal Ferdinand Foch, included the cessation of hostilities, the withdrawal of German troops behind their own borders, the preservation of infrastructure, the exchange of prisoners, a promise of reparations, the disposition of German warships and submarines, and conditions for prolonging or terminating the armistice. Although the armistice ended the actual fighting, it took six months of negotiations at the Paris Peace Conference to conclude the peace treaty, the Treaty of Versailles.

In Belize and throughout the Commonwealth there will be a resounding silence; it will be for remembering all those fallen heroes of the two world wars. Many people wear artificial poppies on their clothes in the weeks before Remembrance Day. Red poppies symbolize the memory of those who died and white poppies campaigns for non-military interventions in conflict situations.

On November 11, special church services are organized. These often include the playing of "The Last Post", a reading of the fourth verse of the 'Ode of Remembrance' and two minutes silence at 11:00 a.m. After the service, wreaths are laid at local war memorials.

The official Belize national ceremonies will be held at the National Memorial Park in Belize City, according to a strict protocol. A service is held and wreaths are laid by armed services representatives.
Some schools that are open on Remembrance Day hold special assemblies, lessons and presentations on armed conflicts and those who died in them.
Photos of Belize City, Belize ceremony on Remembrance Day 2013.
Lest we forget! 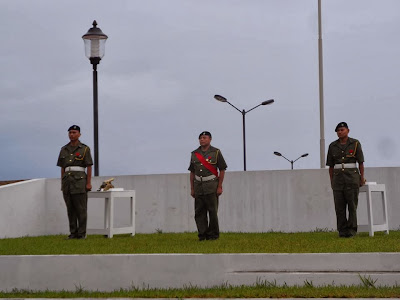 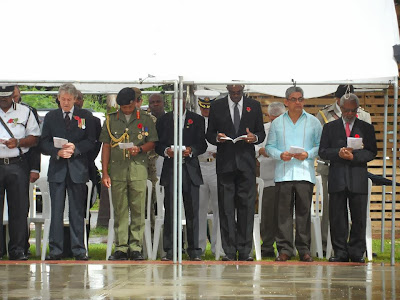 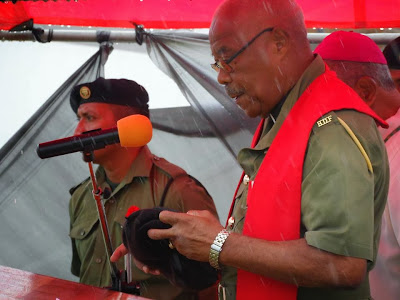 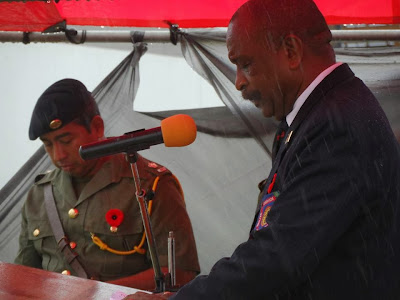 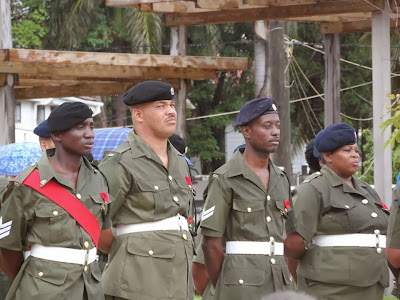 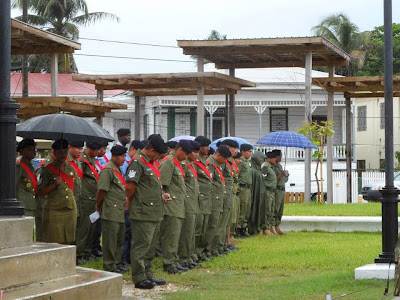 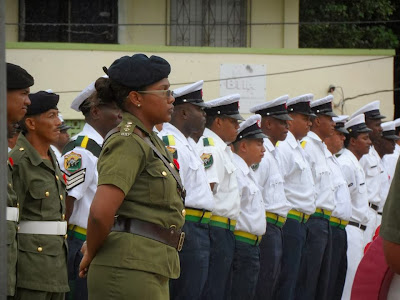 Posted by Linda Crawford at 3:09 PM