Government of Belize Fires Junior Minister Of Immigration And Nationality 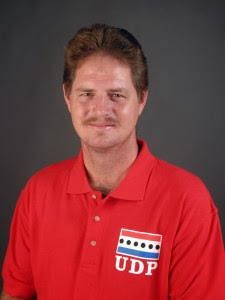 The junior minister with responsibility for immigration and border security Hon. Elvin Penner

In an unprecedented move, the junior minister responsible for immigration and border security, Hon. Elvin Penner, has been fired effective immediately from a statement issued by the office of the prime minister of Belize.


Minister of State Required to Resign

“In a related development, the Office of the Prime Minister also announces that the Immigration Ministry, together with the Ministry of the Public Service, has launched an investigation into the circumstances surrounding the issue of a Belize passport to a South Korean national. The Immigration Ministry will make a statement in the next day or so as to the results of that investigation.”
Posted by Linda Crawford at 12:42 AM