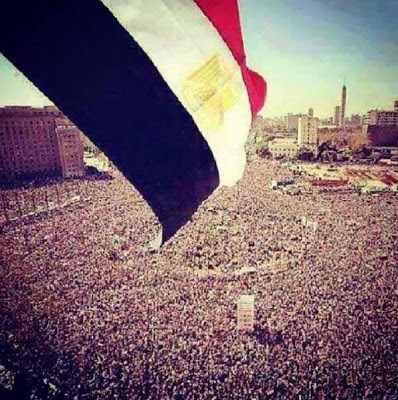 CAIRO — Army troops backed by armor and including commandos have deployed across much of the Egyptian capital, surrounding protests by the president's supporters, and at key facilities and major intersections.
Associated Press reporters in various part of Cairo say the troops, backed by armored personnel carriers and in full combat gear, have deployed on strategic bridges and near protest sites by supporters of embattled President Mohammed Morsi.
The deployment is part of a move by the military to tighten its control of key institutions Wednesday, slapping a travel ban on Morsi and top allies in preparation for an almost certain push to remove the Islamist president with the expiration of an afternoon deadline.
By HAMZA HENDAWI and MAGGIE MICHAEL 07/03/13 01:26 PM ET EDT

In Washington the the U.S. State Department said the United States is 'very concerned' about the situation in Egypt; of the sweeping protests surrounding a stand-off between Egypt's armed forces and Islamist President Mohamed Mursi.

"We do ... remain very concerned about what we're seeing on the ground," Psaki said at a State Department briefing.
Posted by Linda Crawford at 11:57 AM

Out of order! Morsi is not exactly the best liked President in history but he certainly has more credibility than the Egyptian military. So sorry for Egyptians.

Americans find it so hard to understand the word DEMOCRACY, why wouldn't the people of Egypt be any different.