Today is a historic day in the United States of America. The Supreme Court strikes down as unconstitutional the law (DOMA) that defined marriage as only between a man and a woman. Congratulations to all our LGBT brothers and sisters whose marriages can now be recognized.

Below is President Obama's Official statement:June 26, 2013

Statement by the President on the Supreme Court Ruling on the Defense of Marriage ActI applaud the Supreme Court’s decision to strike down the Defense of Marriage Act. This was discrimination enshrined in law. It treated loving, committed gay and lesbian couples as a separate and lesser class of people. The Supreme Court has righted that wrong, and our country is better off for it. We are a people who declared that we are all created equal – and the love we commit to one another must be equal as well.This ruling is a victory for couples who have long fought for equal treatment under the law; for children whose parents’ marriages will now be recognized, rightly, as legitimate; for families that, at long last, will get the respect and protection they deserve; and for friends and supporters who have wanted nothing more than to see their loved ones treated fairly and have worked hard to persuade their nation to change for the better.So we welcome today’s decision, and I’ve directed the Attorney General to work with other members of my Cabinet to review all relevant federal statutes to ensure this decision, including its implications for Federal benefits and obligations, is implemented swiftly and smoothly.On an issue as sensitive as this, knowing that Americans hold a wide range of views based on deeply held beliefs, maintaining our nation’s commitment to religious freedom is also vital. How religious institutions define and consecrate marriage has always been up to those institutions. Nothing about this decision – which applies only to civil marriages – changes that.The laws of our land are catching up to the fundamental truth that millions of Americans hold in our hearts: when all Americans are treated as equal, no matter who they are or whom they love, we are all more free.
Posted by Linda Crawford at 10:28 PM No comments: 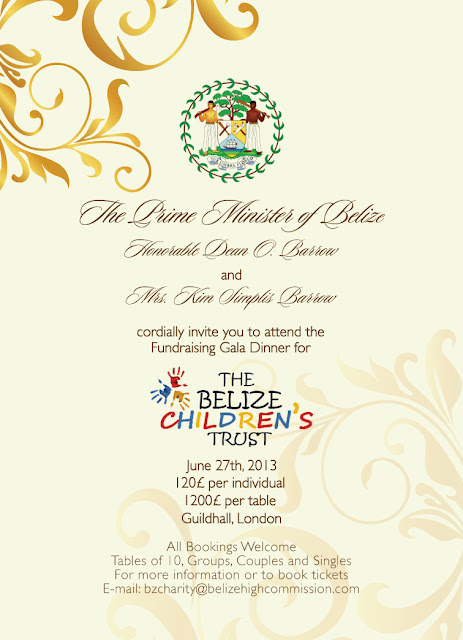 The mission is to raise funds to develop projects geared toward improving lives of children and to promote the welfare of all hungry, abused and abandoned children of Belize through the provision of medicine, food, clothes, and other necessities.

Proceeds from this event will go toward the construction of a much needed Pediatric Intensive Care Unit at the Karl Heusner Memorial Hospital. 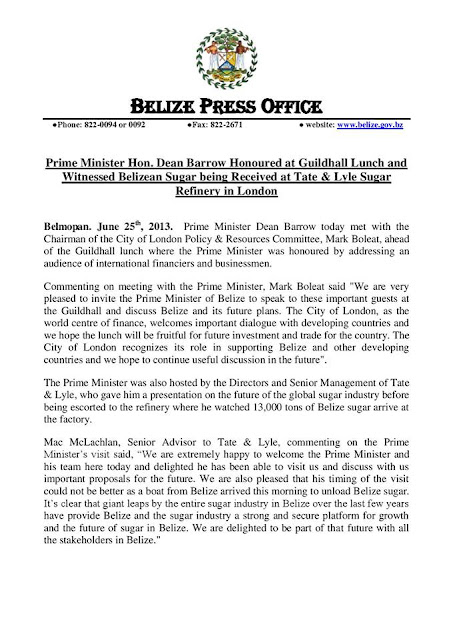 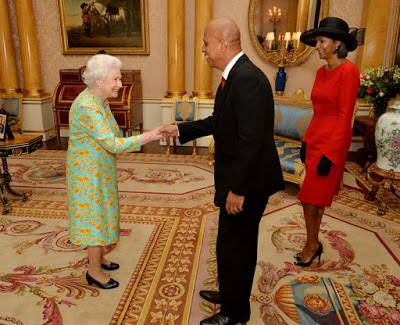 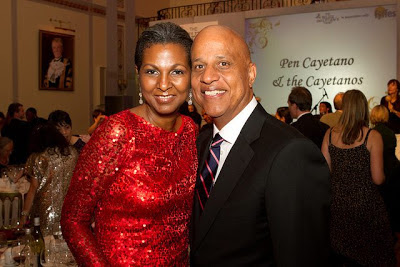 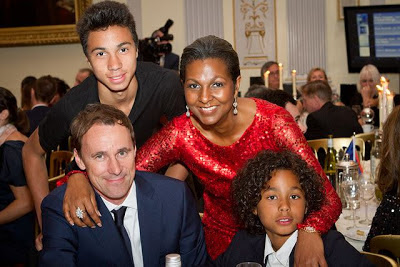 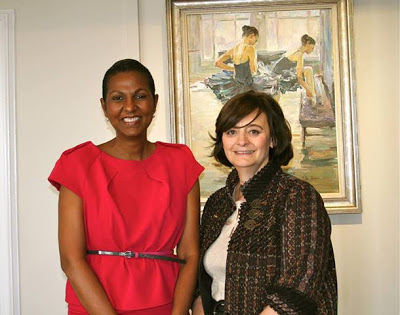 Posted by Linda Crawford at 11:45 AM No comments: 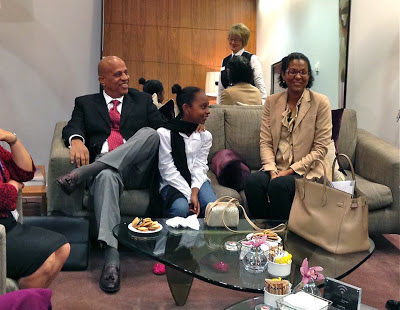 Belmopan. June 24th, 2013. The Prime Minister Hon. Dean Barrow this week starts an official visit to the United Kingdom. He arrived on Sunday, June 23rd and was welcomed by the representative of the Secretary of State, Rt. Hon William Hague and the High Commissioner for Belize to the United Kingdom.

During his visit The Prime Minister is to be honoured by the City of London where he will address a specially invited audience of global financiers and businessmen to discuss Belize trade and investment. Later he will be greeted by the Right Honourable Lord Mayor of the City of London, Alderman Roger Gifford and other City dignitaries to discuss future co-operation between the City of London Corporation and Belize.

On Tuesday, the Prime Minister will be visiting the Tate & Lyle/American Sugar Refinery and meeting with senior officials to seek to coordinate Government of Belize and investor strategy with relation to the sugar industry.
Posted by Linda Crawford at 10:45 PM No comments:

Email ThisBlogThis!Share to TwitterShare to FacebookShare to Pinterest
Labels: #Politics News, Belize PM in the UK, Belize Politics, Official visit of PM of Belize, PM of Belize in the UK 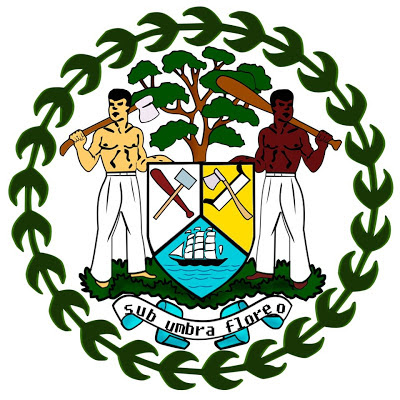 San Jose Village is a large community on the Phillip Goldson Highway in the Orange Walk district adjacent to San Pablo Village. The two villages are only separated from each other by a sleeping policeman (speed bump) and are generally considered one community.

Nevertheless, the villages have different village councils.  While San Pablo villagers simply endorsed the uncontested participants, the people of San Jose voted for their leaders on Sunday June 9, 2013.  San Jose village has a population of nearly 4,000 and about 2,000 electors.  Those numbers make San Jose an important area for the politicians of Orange Walk North.  That’s why on June 9, the area representative and standard bearers for Orange Walk North were present at the village council elections taking place at the San Jose Government School.  Although a significant amount of electors did not vote, 1,066 votes were polled.

At the end of the elections, the people of San Jose once again elected Anita Mesh as chair lady.  Councilors Virginia Cowo and Amir Gonzalez were also re-elected, while new councilors are Sergio Cuellar, Gilberto Cruz, Naziria Perez, and Ravey Escalante. The winning team celebrated their victory at Mr. Fidel Garcia’s residence.

About Eddie
Eddie Herrera is a resident of San Jose that is dedicated to assist in the development of his community and country.  He is currently studying tourism at the University of Belize.
Posted by Linda Crawford at 9:23 AM No comments: 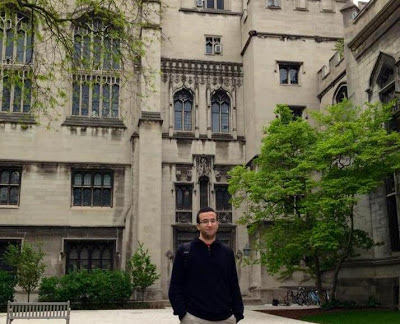 Today my son Benjamin Elul graduated from the University of Chicago.

Beni, four years ago you left your home for the University of Chicago. I have witnessed how hard you've studied and how much effort you have put into your learning. And now that you’re graduating, your dad, sisters and brothers can’t help, but to feel so proud of you.

Preparing yourself for tomorrow requires great efforts, passion and hard work. You are now in the half way point. Keep up your good work and continue to strive!

I am so proud of how much you have grown in the last four years! Love and best wishes for you on your graduation day.

If you have a loved one, a friend, a son or daughter who is graduating this year, please give them congratulatory messages for the job well done.  Graduation day is such a wonderful event that comes to every student and their parents.

And remember the power and importance of an education!

On This Date: June 12, 1964 Nelson Mandela Sentenced To Life in Prison. 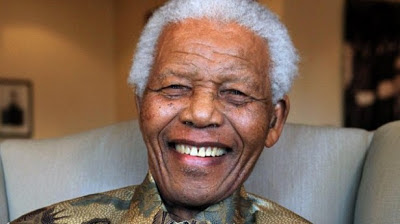 Today, June 12, 2013 the eyes of the world are on South Africa as Nelson Mandela remains hospatilized in serious, but stable condition with a lung infection.

On this day, June 12, 1963 Nelson Mandela was sentenced to life in prison. He subsequently spent 27 years behind bars making him one the most recognized political prisoners in the world.

Mandela was released from prison in 1990, with all his earthly possessions which included 22 boxes, a cardboard hat, one giant birthday card and a surf board.

Mandela rose to power after his release and became president of South Africa in 1994.
Posted by Linda Crawford at 1:05 PM No comments: 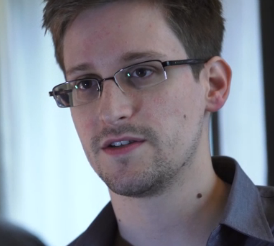 On Sunday, the Guardian Newspaper published the identity of the whistle blower responsible for providing the paper with top-secret documents that revealed the National Security Agency's secret surveillance programs. The paper wrote that it was revealing Edward Snowden's identity at his request.

After turning over the documents to The Guardian, Snowden fled to Hong Kong, where he sat for an interview with Greenwald and watched CNN. Snowden lived in Hawaii with his girlfriend, but told the UK paper that he was willing to give all of that up.

He said that "he can't in good conscience allow the US government to destroy privacy, Internet freedom, and basic liberties for people around the world with this massive surveillance machine they are secretly building."

Click The Guardian to watch the interview with Snowden.

Posted by Linda Crawford at 3:45 PM No comments: 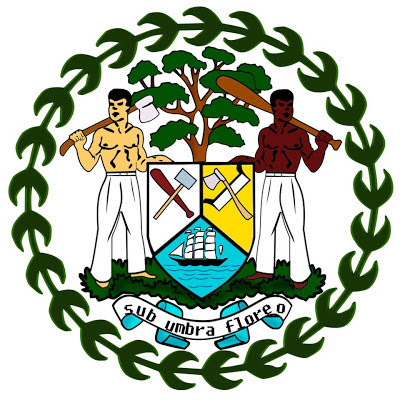 The Government of Belize has rejected the Norwegian Cruise Line’s Proposal  to disembark thousands of cruise ship passengers at Crawl Caye, a tiny private island off the coast of the Placencia Peninsula in southern Belize. According to a press release, GOB is citing unacceptable environmental impact. 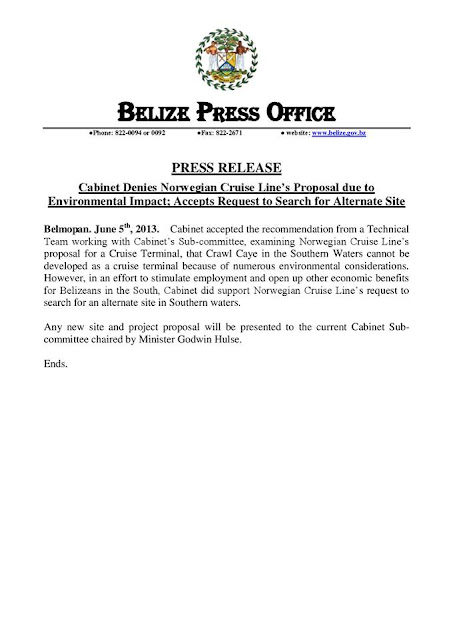 Posted by Linda Crawford at 3:35 PM No comments: