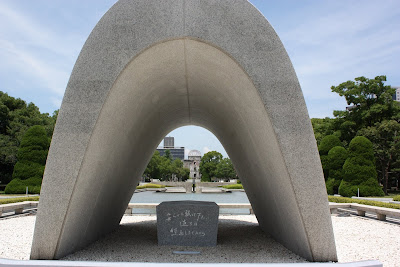 Hiroshima Day, 67 years - Shelter for the Souls of the Victims 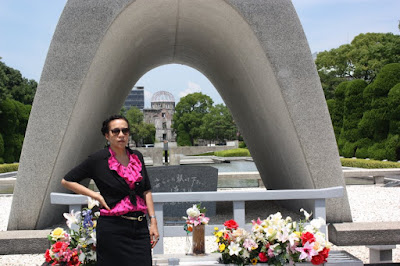 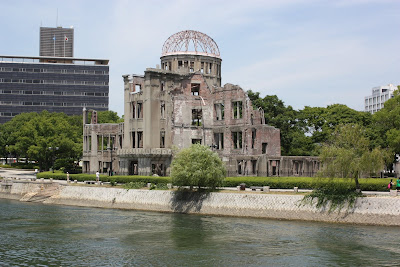 The A-Bomb Dome. One of the very few building left standing after the devastating attack on August 6. 1945. After the war a decision was taken to preserve the shell of the remains as a memorial. It was declared a Unesco World Heritage site in December 1996, the remains are floodlit at night, and have become a grim symbol of this city's tragic past. The A-Bomb Dome is now a beloved Hiroshima landmark.

August 6, 2012, at 08:15 Japan time, marks 67 years since one of the greatest tragedies in the history of the mankind, the dropping of the atomic bomb on Hiroshima. Approximately 80,000 people died instantly and many more following the blast and the firestorm caused by the bomb.


The Hiroshima Peace Memorial Park was built near the hypo-center of the nuclear explosion, to honor and remember the victims. There are over 50 monuments located inside the park; this arch-shaped shelter, designed by famous Japanese architect Kenzo Tange. Named “Cenotaph for the A-bomb Victims", the monument represents a shelter for the souls of the victims and inside it there’s a stone chest holding 77 volumes with the names of all those who died immediately and in the aftermath of the nuclear explosion. A total of 221,893 names of the victims are sealed on record. As the inscription says:

Let all the souls here rest in peace, for we shall not repeat the evil.