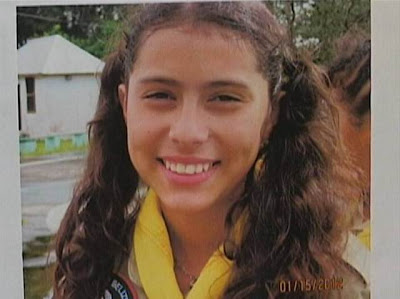 Jasmine Lowe, the little thirteen year old girl who was found murdered on Wednesday, June 6th near San Ignacio, Belize, was last seen getting into a taxi on Monday afternoon. She was on her way to her mother’s hair salon to get ready for an event in Belmopan later that evening. She was scheduled to read the Queen's prayer at Queen Elizabeth's Diamond Jubilee Celebrations in Belmopan.


Jasmine never made it; she was viciously murdered and her body tossed in the woods not far from her home.


Family and friends are organizing an on-line petition because they are dissatisfied with the coroner's office as to the cause of death.  They are requesting that her body be exhumed and a second autopsy be performed in an effort to determine the cause of death. An on-site post mortem was conducted by a pathologist, but they believed that the forensics that were obtained from the site were inadequate or tainted.


Please sign the petition so that justice can be proved for Jasmine and her vicious murderer be taken off the streets and roads of Belize.