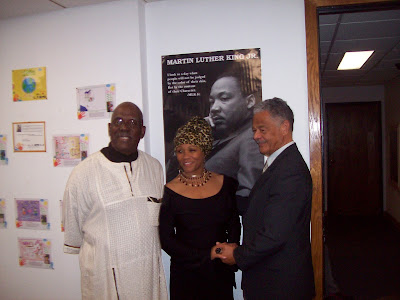 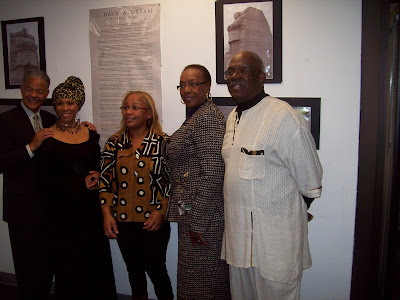 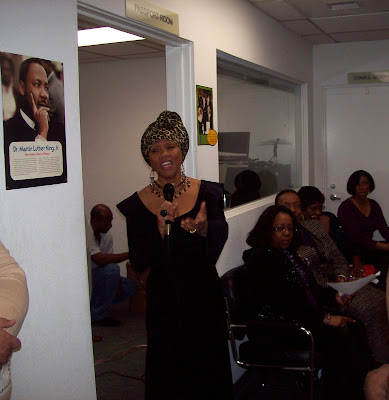 Songstress Wendy Barnes Farrell
The Consul General welcomed his guests and introduced the songstress, who sang a moving and mellow version of the old civil rights song: “People Get Ready The Train Is Coming” just before her husband was called upon to address the overcrowded audience, and a second such civil rights favorite - “Swing Low,” just following her husband’s moving and somber speech.
City Councilor Farrell, who is a regular at Belizean functions, humbly told of his personal experiences in the Civil Rights Movement led by Dr. King. He praised the unparalleled contribution by Dr. King in changing the mind-set of people all over the world in a positive way, especially here in America where black men and women had suffered so much in every-which-way at a time when there was systemic discrimination, intolerance and criminalization of the black race, particularly young black males. He noted how blessed we were to have had Dr. King as our leader until he was assassinated at the young age of 39, and said that he had done so much to change the world in just 13 years. If it was not for the civil rights struggle, he said, the 99% movement we see today would not have been possible.
On a more personal note, Councilor Farrell said that after he was freed from jail for his role in the Civil Rights Protests, he dropped out of college and moved to Los Angeles to look for a job. Like most black males who have served prison time, he said that he was unemployable both in the private and public sector and his only recourse was to go into politics with his civil rights credentials. He urged Belizeans to get involved in community activities so as to help to preserve these precious rights that Dr. King and the Civil Rights Movement have fought so hard for with such great sacrifices.
Following his address, the Farrells posed for random group pictures with Belizeans in a friendly and down-home manner. Selected Belizeans from all age groups lined up to read quotes attributed to Dr. King that lined the walls on the Consulate Public area. Belizeans were also updated on the Belize First Lady’s cancer struggle and asked to sign a “get well soon card” to be sent to the First Lady who had just returned to Miami, Florida for further medical treatment. The Honorary Vice Consul, Miss Linda Lewis, who heads the Consulate’s Medical Initiative and the head of the Education Program for Belizeans were called upon to address the audience on their respective projects. 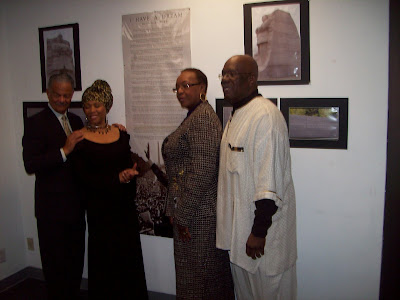 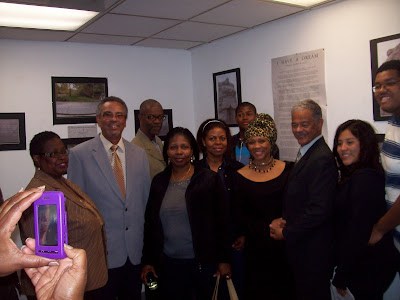 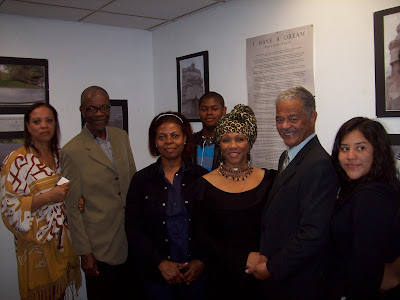 Also present at the event was Dr. Cadrin E. Gill, M.D., F.A.A.F.P., the Honorary Consul of the Consulate of St. Vincent and the Grenadines. Dr. Gill is also a friend of Belize and visited on several occasions. He sang his quote of Dr. King, before reciting it at the reception. 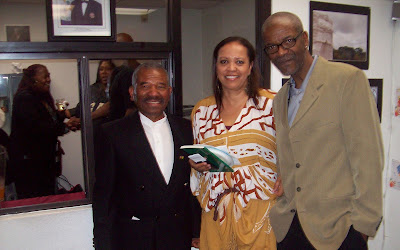 Dr. Cadrin E. Gill, M.D., F.A.A.F.P., the Honorary Consul of the Consulate of St. Vincent and the Grenadines
By Winfield Tillett
Posted by Linda Crawford at 7:18 PM