BELIZEAN SPOTLIGHT OF THE MONTH- DECEMBER 2011

This is a segment to honor and recognize outstanding Belizeans and their descendants for their accomplishment and contributions to life.  As a proud Belizean, I believe it is imperative that we support and promote Belizeans both at home and abroad. You are an important part of our community. We hope we can inspire our children to reach for the stars.
You can nominate a candidate for Belizean Spotlight that you believe has excelled or contributed to our life. Previous “Spotlight of the Month” can be found in the archives. 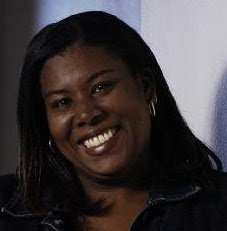 Dr. Sharmayne Saunders
Dr. Sharmayne Saunders originates from meek beginnings.  She is ambition-driven and goal-oriented and has come up on her academic prowess.  Her energy is powered by her dedication to community development and volunteerism.
Born in on December 28, 1974, Sharmayne is the daughter of Mr. Wilburn Cadle and Jessie May Dawson (RIP - 2010).  She attributes much of her success to the nurturing she received from her mother who she viewed as her greatest motivator and role model. She characterizes her mother as a truly phenomenal woman.
Sharmayne has a strong relationship with her father. The bond has thought her the importance of a male support system. Her father has given her a solid foundation, one of which she has utilized to established moral, intellectual, and spiritual support in her own home life which she shares with husband Mr. James Saunders, Jr. and her beautiful 8 year old daughter, Jasmayne.
Sharmayne did not attend pre-school; she went to at the tender age of 4 years old.  She was skipped a grade, and was only 10 years old when she started high school at Pallotti High.  She later entered SJC Sixth Form at age 15 and completed her Associate Degree at age 17. With no financing available for further education, her studies were put on hold for six years.
She began her career at Social Security Board in 1992 and worked for six years. She worked her way up the corporate ladder and became a young inspector for Social Security Board canvassing all the remote villages in Corozal, educating and insuring the working population in that area. In her spare time, she volunteered with the Corozal Hospital Women's Auxiliary establishing alliances and building networks in the Corozal community.
Later, her strong determination and lifelong dream to pursue her education, led her to where she pursued a Bachelor’s Degree in Computer Information Systems and Business Administration. She graduated with Cum Laude honors. She later received full scholarship from to complete her Masters Degree in Telecommunication Systems Management with a cognate in E-Marketing. Upon completing, she again graduated with honors, Magna Cum Laude. She completed both degrees in three years.
During her University years and early careers, she enjoyed many "firsts" including first student to receive the Association for Information Technology Professionals National Chapter Scholarship Recipient (1999).  She volunteered as Road Scholar, tutored basic computer skills to the elderly and travelled across the state and as a member of the African-American Recruitment Team whilst maintaining a 3.5 GPA. 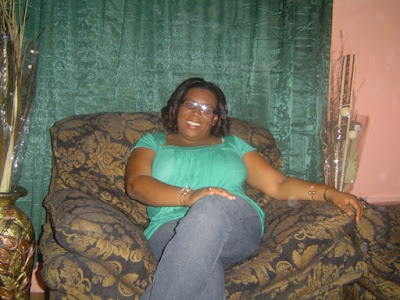 Sharmayne served for two years as vice president and secretary of the Caribbean Students Association, and was an active member of the International Students Organization, Computer Science Organization and Association of Information Systems Professionals.  Her community service and volunteerism during her school years made her the recipient of many prestigious awards, nominations and honours including the famous "Who's Who Among American Colleges and Universities Students".
The pursuit of an education was a challenge for her because she had already met and married her husband of now 16 years and had to leave him in as he was serving as a career public servant and also to maintain the young family’s fiduciary responsibility of owning their new home.  On her own reflection, she attributes much of her success to the sacrifices they both made as a young, committed married couple to ensure she achieved her educational goals.  This of course was coupled with the strong family support she received.
In 2001, she returned to with a great desire to contribute to her country’s development.  She quickly began to teach on a part time basis at of and later, her alma mater . This helped to enrich her career where she worked in the upper echelon at two prominent organizations: BTL and the Belize Bank.
She worked as a Senior Business Development Executive for Belize Telemedia (formerly Belize Telecommunications Ltd).  In that capacity, she was responsible for developing innovative services that would generate incremental revenues for the company, creating strategic alliances and joint ventures with local, regional and international companies.
Sharmayne later went back to school and at the age of 30 years old, she later received her PhD degree in Organization and Management and Information Technology Management from Capella University, where again, she graduated with magna cum laude honors.
Dr Saunders currently holds the post of Program Officer at University of the West Indies, Open Campus, .  She has extensive experience in:  Business and Project Planning, Management, Implementation and Evaluation, Strategic Planning, Research and Management Training services. In addition, she has experience in lecturing and has served as adjunct lecturer since 2001 at all tertiary institutions in such as:  of , , SJC School of Professional Studies, and .  With her multi-dimensional educational background, she has been able to lecture in various, diverse capacities such as:  Marketing, Management, Information Technology, Computer Information Systems, Research Methods, Critical Thinking, Interpersonal Skills, Leadership, Human Resources Management and Business Law.   She served as Subject Matter Expert and Online Facilitator for the Executive Masters Program for Cavehill School of Business – .  Her experience in the classroom enriches her experience of lifelong learning and allows her to facilitate teaching others who are interested in achieving their own academic goals.
She is one of the founding members and serves as the president of a community-based organization and also serves as President of Haven House, a shelter for battered women and children and has volunteered for several years in organizing fund raising activities for the Belize Red Cross. Her recent project involved the implementation and establishment of the , a private co-ed high school in , and serves as a Board member.  She sits on several boards including the Board of Governors for a private primary school - Belize Elementary.
Since 2008, she has and continues to serve on education and health committees.  She remains committed to serving as a member of the Human Resources in Health Steering Committee and also Association for Tertiary Level Institutions as the Vice President.
In recent times, she took up music and learned to play the violin at the age of 33. She was awarded Distinction for the ABRSM Music Theory Exam.  She enjoys karate and also holds a blue belt from House of Shotokan Karate Academy where she practices mixed martial arts and taekwando karate.
She envisions a goal of lifelong learning and continues to return to the virtual and mortal classroom to absorb knowledge and skills that will facilitate her new interests of research.
Posted by Linda Crawford at 1:36 PM

What an impressive and very accomplished Belizean woman. She is a great role model for our young Belizeans to look up to in a time of violence and evil.

She is indeed an amazing person. I am very proud of you big sister. You are an ideal role model.

What an amazing woman. God has blessed you with many talents and you are now turning that talent back to our country. I feel proud that you did not give up Belize for the big buck abroad.

Keep on doing what you are doing to help the needy and all Belize. God Bless.

Impressive...keep up the excellent work! Shelburne

What a Remarkable Woman. Such a resume is quite an accomplishment. Congratulations!

Wow, what can I say! An amazing and accomplished woman.