A GLIMPSE OF THE PAST 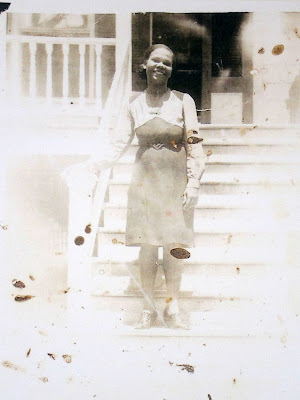 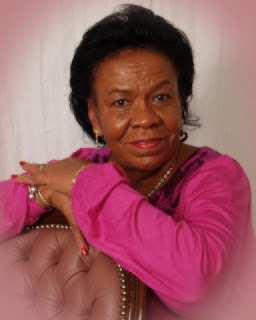 Louisa Crawford
On a recent visit to New York City I was sitting in a hotel room with my eldest sister Louisa. She pulled out an old photograph and asked me if I recognized the woman on it. I told her "no"! I asked who it was; she paused and told me it was her mother. I was shocked because none of us had ever seen a picture of her mother before.

My sister Louisa is the first child of our father Winston Crawford. Our father, who is now deceased, met Mabel Stuart (Louisa’s mother) at the age of 20. Mabel came to Crooked Tree Village from Roatán, Honduras to work as a housekeeper at the Baptist Mission. She fell in love with our father. Not long after, Mabel became pregnant. During that time infant mortality rate was high, and Mabel lost her life after giving birth to Louisa.

Our father was very devastated and Louisa was subsequently raised by our grand-mother Rozelle Rhaburn Crawford. The yearnings for a glimpse of her mother were fulfilled when Louisa’s son Ian presented her with a Mother’s Day card and the picture was inside.
In this landscape of my sister’s memory, her searching for the invisible became visible on Mother’s Day, 2011; 65 long years of waiting came to an end.

I asked my sister how she felt to see her mom and she said, “I realize now what I almost lost by not giving up. I have received something very precious; more precious than any book or material things could offer. I am very thankful for this very fragile leaf that is a part of our family tree. 65 long years of waiting came to an end!"
Posted by Linda Crawford at 11:52 PM

I'm so happy for my sister. Thanks Linda.

I am so happy for my cousin Louisa, this picture is priceless. I only wish that more old pictures would come to light so that the many people out there can find a connection with the past.

What a wonderful story. Very happy for Louisa.

Very nice to document these stories.

What a joy to her wondering years;so sad she lost her mom that way.