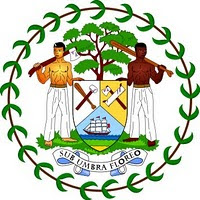 A year ago I wrote a blog titled "Cry beloved ." In it I suggested that we need a change in some of the major departments in government, and one of those was the police. It is getting more and more obvious how dysfunctional that department is, and this was made clearer still yesterday when a female tourist was assaulted by goons, supposedly police, for being in possession of one stick of weed. One stick of weed!!!! What is wrong with these people? Do they even live in reality? One stick of weed, incredible.
Tourism is the lifeblood of the Belizean economy and apparently they are trying very hard to screw that up also. Now I'm not saying that tourists should come into the country and break the laws, but Jesus, one stick a weed? There has to be discretion as to what constitutes a crime that is prosecutable and I don't believe a stick of weed qualifies. Instead of harassing the buyer, it should be the dealer that should be dealt with. If I were a tourist and read the morning papers, would be the last place I would want to spend my money.
Again, all this comes from the top. Until the current leadership in The Police department is purged, excesses like these will continue while crime remains rampant in the rest of the country. Unless these people that come to spend there money in are child molesters or drug dealers or major criminals, LEAVE THE TOURISTS ALONE!!!!!
One stick a weed, way to go mr. policeman
Commentary by pele

I'm sure they would do the same thing to us if they catch us with that in their country Ms Crawford.

Sooo.....Im guessing we should have left him to be on his merry way. Im sure that wouldn't be the case if we got caught in his country. If you wanna go to someone's country, then learn to abide by the laws. I personally think he was pretty dumb to start with because if Im in a foreign country and Im not "slightly" sure what they laws are, you can sure bet I wouldn't slip up like that, so hey, his fault, but I gotta say thanks to the dude for the small contribution to our country by paying his fine.

Hope if he ever comes back or goes to a diff country he goes a bit wiser.

I entirely agree with you Pele; First, lock-up the person selling the weed or other drugs.

If the crime is petty - like this case seems to have been, then send the person/tourist back to the ship with a reprimand - period, no court case necessary. Quietly, discreetly, no big fuss. The seller goes to jail for a long time coz he/she is putting our Tourism Industry into jeopardy - and that is treasonous.

This is the second or third time this type of thing has happened recently, Smells like a sting operation by the police, targeting the tourist and getting us a very bad reputation in the process. On each occasion, you hear nothing about the seller, he is saved to be used another day !!!!!!!!

Time to legalize this herb!! Jah bless this holy herb used by even King Solomon!

Miss Linda I totally agree with this commentary!! They should legalize marijuana!! This is total nonsense arresting these people for a stick of weed in some cases not even a stick!! Our country relies on tourism and this will just detour them!!

You have never heard someone crash their car from being high on marijuana and trust me people are always driving with marijuana in their system. Marijuana and alcohol are two different thing.

Look at Amsterdam they have legalise marijuana for years now and have you ever heard news that people crashing and killing people because they were smoking. I visited Amsterdam and I tell you it attracts the most tourist in the world just for that one reason!!! In fact lets look at the crime rate in that country. Marijuana is a relaxation herb so different from alcohol and so much less dangerous to your system and people than alcohol!

LEGALIZE the damn thing and stop wasting the courts time and people time!!!!

Yes, I think crime in Belize is getting out of control; we Belizeans need to do something about this. I Agree the with Miss Cadle, Belize should legalize marijuana already; it will help the tourism a lot and it will stop the crime a little, just my humble opinion.