BOOK LAUNCH: GARIFUNA CONTINUITY IN LAND: BARRANCO SETTLEMENT AND LAND USE 1862 to 2000 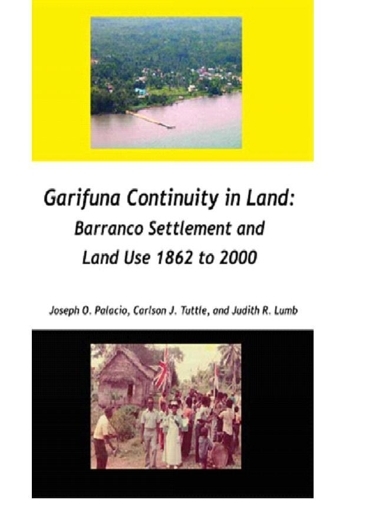 Barranco Village, Toledo District
The Community Centre in Barranco was the venue Friday afternoon for the launch of the book Garifuna Continuity in Land: Barranco Settlement and Land Use 1862 to 2000 written by Joseph Palacio, Carlson Tuttle, and Judith Lumb and published by Producciones de la Hamaca based in Caye Caulker.
The three authors explained the significance of the book to all Baranguna and to the literature on rural land tenure for social scientists. Their ten-year study of the southern coastal Garifuna village of Barranco has been called “a very close and penetrating study of land tenure” (Assad Shoman), “a new manner of writing history” (Odile Hoffmann), and “a book based on deep knowledge of everyday life in Barranco and an incredible recollection of archival documents” (Elisabeth Cunin).
This investigation begins with genealogy information that has been collected over the past thirty years.  Land records covering the years 1892 to 2000 were collected and oral information was obtained from interviews and village meetings.  The authors have spent the past ten years analyzing all this information to tell the story of the development of Barranco from the perspective of the land.
The launching of this book in connection with the Garifuna Settlement Day holiday in Belize brings a new dimension to the 19th of November celebrations and initiates a series of events in commemoration of the 150th anniversary of Barranco.
Copies were sold at the Barranco launch and continue to be available from Carlson Tuttle in Barranco. The Belize City launch will be on Tuesday, November 22nd launch at the Image Factory where the book will be available. Baranguna and others in the Diaspora can order it from Amazon.com, Amazon.co.uk, and BarnesandNoble.com. For information on wholesale opportunities, email producciones.hamaca@gmail.com.
18 November 2011 Press Release
Posted by Linda Crawford at 6:29 PM