BELIZEAN SPOTLIGHT OF THE MONTH- NOVEMBER 2011

It gives me great pleasure to "Spotlight" a Garifuna who has contributed to the development of . We celebrate Garifuna Settlement Day by "Spotlighting" I. Myrtle Palacio. 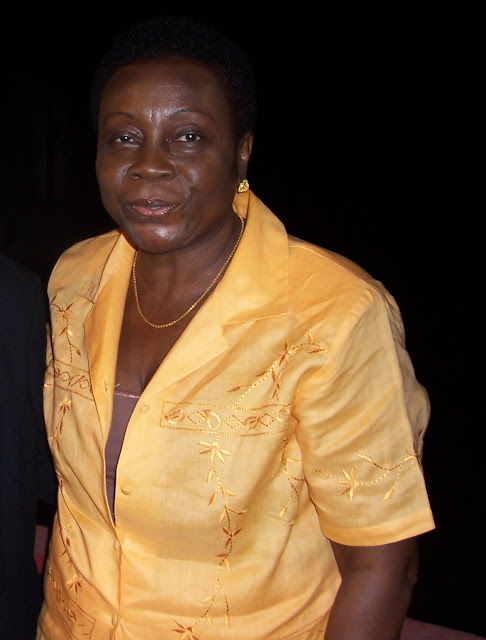 I. Myrtle Palacio
This is the profile of a strong pioneering woman. She is intelligent, dynamic, independent and out spoken. She is of Garifuna and Creole descent and is proud of her heritage. She possesses enormous self-confidence, as no mountain is too high for her to conquer. Her love of country has steered her into politics and later a public servant; and her love of family has thrown her into the public eye as an advocate for women and children. She is a mother, grandmother and activist; she is Mrs. I. Myrtle Palacio.
Born in Dangriga in 1948, Myrtle is the daughter of Cornelius Cacho and the late Gwendolyn Hortense Trapp. Her paternal great-grandmother Balvina “Dabi” Velasquez Cacho and grandaunt, “Baby” Cacho Herrera nurtured her in her formative years. Both women were instrumental in her upbringing, and had a profound impact on the person she is today. A young Myrtle was socialized in a traditional Garifuna environment. Both her great-grandmother and grandaunt were very much involved with various aspects of community development. For Myrtle, this was her first experience with leadership. Her great-grandmother was her role model; she instilled in a young Myrtle the importance of being socially conscious and self-confident.
Myrtle attended primary school at the in Dangriga. She later went on to attend in , and on completion attended the teachers training program at Belize Teacher’s College.  She earned a Trained Teacher’s Diploma from that institution. Her strong desire for learning led her to the on two separate occasions to further pursue her education.
In 1981, she attended UC Berkeley and in .  She earned from the latter institution a Bachelor of Science Degree and graduated with cum laude honors in Accounting and Business Management. She continued her education at the of , where she graduated in 1995, with a Masters of Science in Urban Studies with a concentration in Community Economic Development and Social/Policy Planning.  Her Masters thesis is entitled “Redefining Ethnicity: The Experience of the Garifuna and Creole in Post-independent Belize.” Attaining a university education in the was a struggle for her. Myrtle and her nuclear family forfeited many luxuries, and settled for the bare essentials. It was a sacrifice she now wears as a badge of honor; as she was determined to be a success, to pay her own way, to gain an education that no one can take away from her.
As an entrepreneur, Mrs. Palacio is considered to be a pioneer in the computer industry in . Her creation of Glessima Research and Services in 1984 was the first such endeavor in .  Glessima utilized the computer for research and offshore data entry, a first in . The organization quickly became a household name when it assisted young women to gain economic self-sufficiency through the attainment of marketable skills.  Glessima Research used skills training and job placement programs to enhance women and others at risk.  Glessima was also the first to start initiating political opinion polls in . Over the years, her organization made donations of computer hardware and software, as well as furniture equipment to several institutions throughout . Through Glessima, Myrtle provided scholarships for female students that she considered “truly needy.”
As an educator, Myrtle has taught at various primary schools. She also lectured tertiary level--Accounting at St. John’s Sixth Form;  Computer Technology and Community Development at the University of the West Indies in Belize; Research Methodology at the School of Nursing; and Computer Technology at the University College of Belize. For her, teaching is a life long dream. She enjoys it, and perceives it as a necessary investment in human resource, for if we equipped our youths with the proper tools, then they would be better prepared to tackle the responsibilities of our global community.
She is a published author, who has conducted several original and relevant researches. Her writings are concentrated in the areas of socio-cultural and socio-political issues. In 1993 she published, “Who and What in Belizean Elections 1954-1993” and “The First Primer on the People called Garifuna.” Both books were critically acclaimed and well accepted. She has written many technical reports, and has made presentations at home and abroad. From 1998-2000 she wrote a weekly column in the Amandala, where she discussed social issues ranging from poverty to women’s rights. 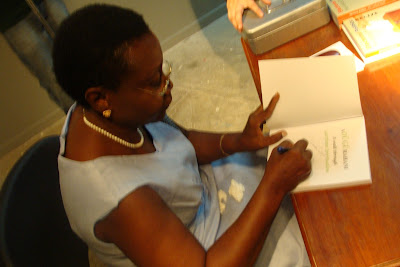 In June, 2011, Myrtle released two new books, “Adügürahani: A Walk Through Garifuna Spiritualism” and “Electoral Politics in : The Naked Truth.”  The book on Garifuna spiritualism, documents the traditional knowledge of the Dügǘ ceremony, describing in detail all its nine rituals, which is a first in the literature on the Garinagu. The book on electoral politics offers statistical information on election outcomes for both parliamentary and municipal elections giving an overview of the system of governance in and analyses voter behavior based on the recorded voter turnout. 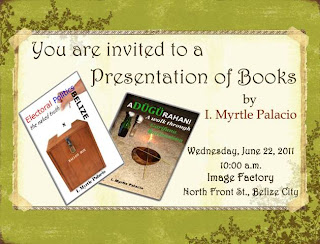 Myrtle Palacio has served in the public service for almost ten years.  In May of 1999, she was the first woman to be appointed to the post of Chief Elections Officer. The office plays a crucial role in ’s electoral process. As Chief Elections Officer, she was responsible for electoral administration, which includes voter registration and the organization of elections. During her tenure, she introduced the first government website, voter education and computerized the electoral database system to bring transparency and efficiency to the work of the Department.  She also organized in 2003, three elections in one day, when conducted Municipal and Parliamentary elections on the same day, a first for the CARICOM region. Myrtle served as the Director in the Office of Governance from 2005 to 2008, a new government agency that was mandated to provide leadership and oversight to public sector management.  Several initiatives for change were embarked upon, including administration, capacity building efforts, building awareness to governance and e-government policies and strategies.
She has participated in several international electoral observer missions with The Commonwealth and CARICOM Observer Teams.  She has observed parliamentary elections in three times in 2001, 2002 and 2007; also in , Curacao, and .  In she led a team of experts to observe the voter registration process for The Commonwealth.  In February of 2002, she was sworn in as one of a five member Commission of Enquiry into the work of the Elections and Boundaries Commission of Trinidad and . That exercise took her away from home for short periods of time.

Mrs. Palacio is considered to be a community advocate. She firmly believes in volunteering and giving back to make one’s community a better place to live. She has consistently given of herself, her time, her skills, and her energies.  In 1986 she contributed as one of the founding members of the Child Abuse and Neglect Council. In 1987, she also contributed as a founding member for the Belize Nutrition Community Network.  From 1992-1993 she was a Board Member with the National Organization for the Prevention of Child Abuse. She was Assistant Chair to the Board of the from May of 1991 – June 1993. Mrs. Palacio served as the National Coordinator for the National Garifuna Council from 1991 – 1993.  From 1998 to June 2001, she was the Chairperson to the National Committee on Families and Children.
Over the years, she has received many honors. Some that have stood out include an acknowledgement in March of 1999 when she was recognized by the Ministry of Education for her contribution to cultural awareness. The National Library Service honored her in May of the same year for her “Outstanding Contribution to Belizean Society.” Later in June of that year, she was one of four persons honored on the Queen’s birthday when she was appointed to be an Ordinary Member of the Civil Division of the Most Excellent Order of the British Empire (MBE); it was given for her dedication to community service; and in June of 2001, she was honored by Belizean Anglican Society in New York.  She was bestowed with another Queen’s birthday honor in 2006, an Order of the British Empire (OBE) for public service. Presently, in her down time she shares at photo exhibitions, loves playing the steel pan and is presently a member of the All Stars Steel Band.  She enjoys digital imaging and website design, which she had to return to the classroom to learn in 2009 and 2010.  These are tools she utilizes for conducting research and sharing the findings.
I. Myrtle Palacio is a dedicated and passionate person, who strongly believes in continuing education, that one must constantly re-tool with knowledge and skills.  Her commitment to research and sharing information with the community is unwavering, and is her way of giving back. I. Myrtle Palacio is an inspiration and a role model!
Excerpted from LABEN NEWS -By Kim Hernandez
Posted by Linda Crawford at 9:45 AM

Good job Linda. Myrtle has earned her spot. Just continue to do what you do best. Love and hugs.

Wow! Am amazing lady and well deserved Linda. I admire this lady and just hope our young people will strive to be like her.

Thanks for always sending the Village View Post. I particularly enjoyed the section where you honored an outstanding Belizean.
I am always happy to see other women recognized for their efforts.

I enjoy your post and have subscribed for some time now. Keep up the good work and God's blessings.

Please, where did u get this from: "As an entrepreneur, Mrs. Palacio is considered to be a pioneer in the computer industry in Belize."

This is not true at all. its quite the contrary.