NEW PRESIDENT FOR UNIVERSITY OF BELIZE 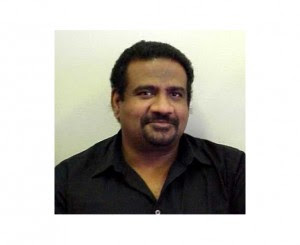 Cary F. Fraser appointed as President of UB
The Board of Trustees of the of announces the appointment of Dr. Cary F. Fraser as President of the . Dr. Fraser’s appointment follows the recommendation of a search committee, and is effective today, Monday, 1st August. He is the first UB president to be appointed after such a process.
Dr. Cary Fraser is a historian of International Relations who has written extensively on American foreign policy in the Caribbean and the wider world, the history and politics of race in the , the Caribbean, and the broader Atlantic World, and the contemporary international relations of the and the politics of Islam. His work has been published in , the Caribbean, the and the .


He obtained his B.A. in History from the University of Guyana, the Diploma and M.Sc. in International Relations at the of at the University of the West Indies, , and his Ph.D. at the Graduate Institute of International Studies of the University of Geneva, Switzerland. He has held fellowships from the Swiss Federal Government, , the Social Science Research Council in , the John D. and Catherine T. MacArthur Foundation of Chicago, the of , and has been a Visiting Fellow at the of and . Dr. Fraser has pursued a multi-faceted career as a high school teacher, a researcher on indigenous and other populations in the Mazaruni area of , and a project officer for the Caribbean Conference of Churches working in both and . He has also served as a Human Rights Observer for the O.A.S. in .


Dr. Fraser comes to the of from the where he taught in the Departments of African and African American Studies and History. He had also served as the Director of the .


Dr. Fraser was born in in 1955. He is married to Pearl Fraser, and they have a daughter, Ayesha.


An official installation ceremony is scheduled for 24th August, 2011, at the of ’s main campus in .


The Board of Trustees also, on this First Day of August, joins with members of Administration, Faculty, Staff and Students, in acknowledging the 11th Anniversary of our National University which was established on the 1st Day of August 2000. Happy Anniversary UB!
The University of Belize (UB)…Education Empowers A Nation!