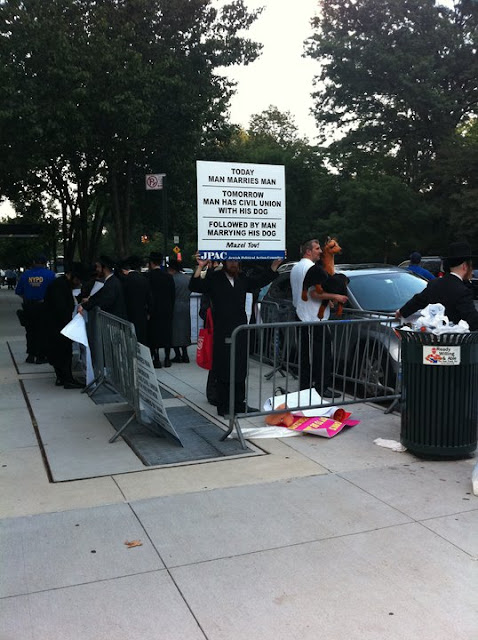 On July 24th, 2011 New York State became the fifth largest state in the US to legalize same sex marriage; wedding bells rang out for more than 800 same-sex couples.

Activists say it could be a bell-wether for other states. A recent Gallup poll shows 53 percent of Americans support same-sex marriage. That’s double the percentage 15 years ago, when Congress passed the Defense of Marriage Act.

Now President Obama has called on Congress to repeal the law, which defines marriage as a union between one man and one woman. On Friday, he certified the end of the Pentagon policy preventing gay men and lesbians from serving openly in the military.

There were so many anti-homosexual protest all over NYC; mostly by religious groups. This particular group of Chabadniks...Orthodox Religious Jews....staged their protest in Manhattan's Lower East Side.
Posted by Linda Crawford at 3:29 PM