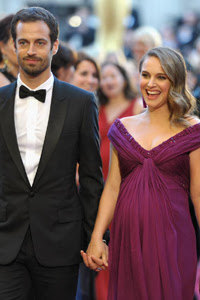 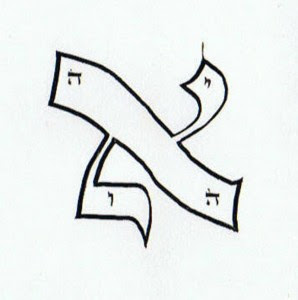 \
Alef
Israeli actress Natalie Portman has finally named her baby boy Alef, after the first letter of the Hebrew alphabet; the alphabet is pronounced Alef-Bet, and bet is the second letter.
Alef’s parents, Portman and French ballet dancer Benjamin Millepied, seem to have used the naming trend of other celebrities, who tend toward the unusual when naming their offspring. In this case, his name could be Alef Millepied, or, perhaps he’ll use Natalie’s real last name, Hershlag, rather than her adopted last name of Portman, her grandmother’s maiden name. But back to Alef, which also means ‘leader’, given its status as the first letter of the alef-bet. The letter Aleph is the subject of a midrash, a Jewish folktale, which praises its humility in not demanding to start the Bible. (In Hebrew, the Bible begins with the second letter of the alphabet, Bet.) As a reward, ‘Aleph is allowed to start the Ten Commandments. (In Hebrew, the first word of the ten commandments is אָנֹכִי, which starts with an aleph.)

So Alef can have a lot of meaning. Question is whether the Israeli actress is going through with it, or using it as a decoy. Only time will tell. In the meantime, welcome to the world, little baby Alef.
Source:http://israelity.com/
Posted by Linda Crawford at 9:40 PM

Hello Linda and a Happy 4th of July to you and your family. I always enjoy reading your post, you are GREAT - you are so very talented - GIRL YOU KNOW YOUR STUFF. Thanks Linda and enjoy the day.