FOR IMMEDIATE RELEASE
BELIZEAN ACTOR KAREEM FERGUSON recognized by NAACP
with a Theatre Award nomination for Best Leading Actor!
On July 19th, 2011. The Beverly Hills-Hollywood Chapter of the NAACP (National


Association for the Advancement of Colored People) nominated Belizean actor Kareem
for his role in the West Coast Premiere of “Free Man of Color” which was
produced by The Colony Theater in . played the role of
John Newton Templeton, a real-life historical figure who was one of the first freed slaves to graduate from an American University and he did it almost 40 years before the Emancipation Proclamation.
“Free Man of Color” was performed from August to September in 2010 and was met
with universal acclaim. The LA Times gave it a “CRITIC’S CHOICE!” calling
Kareem’s performance “Excellent! has a rare ability to connect to us without
obviating, effortlessly inhabiting Templeton’s growing awareness.” LA Weekly gave it a
“GO!” saying “The cast is stellar all around, taking us on a journey that stresses the
urgency of fulfilling the promises upon which our country was built.” Back Stage West
gave it a “CRITIC’S PICK!” calling it “An impeccable production…
luminously navigates the process by which Templeton sheds his naiveté to become a
strong, shrewd man.” Variety described it as “Excitingly told! Plays out like a historical
mystery … that becomes exponentially interesting as it goes along … Beautifully cast!”
BroadwayWorld.com took note of the “outstanding performances,” saying, “Kareem
makes John Newton Templeton a man of steadfast conviction and stature, an unforgettable portrait.” Glendale News Press called it. “Fascinating,” adding, “It is
’s show from start to finish. His open face and yearning eyes are a ray of light
in the darkness that surrounds Templeton at every turn. makes you truly feel
what this captivating but forgotten American might have really been like.”
“The NAACP Theatre Awards will be held on August 29, 2011, at the Directors’ Guild
of building in . The star studded event now in its 21
st edition is a four day celebration of achievement in Black Theater and will culminate with the awards ceremony, where Oscar nominated Actress, living legend Diahann Carroll will receive this years Life Time Achievement Award.
A constantly working actor, Kareem belongs to the two largest acting unions SAG (The
Screen Actors Guild) and AEA (Actors Equity Association). He has performed on theater stages across the touring with the world famous Guthrie Theater, acting in plays at the New Jersey Shakespeare Festival, the Alliance Theater in and Milwaukee Repertory Theater to name a few. Internationally Kareem had the opportunity to visit and perform a raucous hip-hop version of ‘Taming of the Shrew’ in
Television credits include popular TV shows such as Scrubs, and Deadline.
He also has a list of independent films and a cable mini series for Here Network under his belt. To continue developing his craft Kareem is a member of two prestigious theatre companies in , The Actors Gang who’s Artistic Director is actor Tim Robbins and Ensemble Studio Theatre – headed by actress Gates McFadden. In the fall Kareem will act in two films one of which he is co-producing. Currently Kareem can be seen as the character Tybalt in ‘Monsters in Love’ a family friendly fun interpretation of Romeo and Juliet at The Actors Gang in .
NAACP AWARDS website: http://www.bhwdnaacptheatreawards.com/
AWARDS LIST website:
http://www.prweb.com/releases/NAACP/TheatreAward/prweb8657774.htm
Media inquiries for Kareem Ferguson contact:
Publicist: Dennis Fresnel
Phone: 310-853-3641
Email: PRFresnel@gmail.com 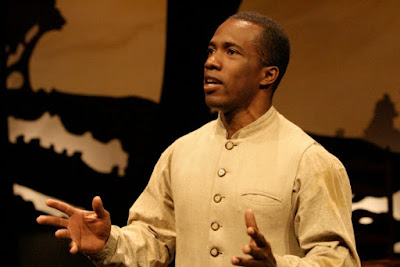 Posted by Linda Crawford at 9:31 PM

I have been following your accomplishments through my sister Magna Gibbs. Know that we are very proud of you!!!!!!

Congratulations to my fellow Belizean, Kareem! What an honor and well deserved!