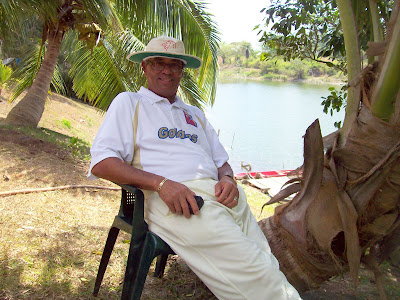 Goldies President-Winfield Tillett
During its tour of over the Easter Holidays, the Goldies Cricket Team
conducted Award Ceremonies after each of its four games. This video captured the
Goldies Secretary/Treasurer, the Rev. Tony Jones, officiating at the Goldies Awards
presentation ceremony in on Holy Saturday, 2011. Mr.
Johnny Gillett jr., General Manager of the Sugar Industry, and Mr. Elston Wade
jr., President of the Belize National Cricket Association, were presented with an “Award
of Appreciation” for the instrumental role they played in organizing the local leg of the
tour. Mr. Gillett organized the games and Mr. Wade organized the
games with the Belize National Cricket Champion, the Surprise Cricket Club of Lemonal
Village, and against “Team ”, the National Selection Side.
Earlier in the ceremony, not captured in this video, Mr. Gillett did the honor of
presenting cricket medallions to the best performers in bowling and batting on the local
Brilliant Cricket Club side that played against us, while Mr. Wade presented trophy
awards to seven senior cricket legends from for their outstanding contribution in
promoting the game of cricket in . The recipients of the trophy awards were Oswald Gillett, Marshall Jones, Ernest Jones, Lisborne “ Nash” Tillett, James Rhaburn, Rudolph “Tino” Bennett, and Charles Adolphus. 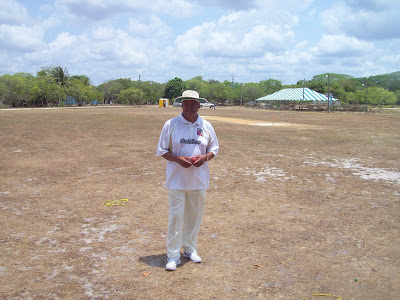 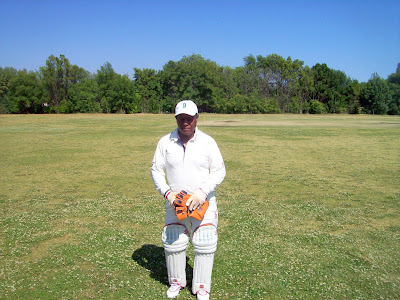 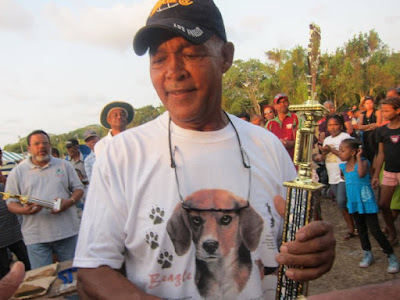 When I was in Belize for Easter it's the most fun I've had in a very long time and I thoroughly enjoyed the cricket games with the Goldies. They made us very proud that people our age can still hold their own against the younger guys. It was great that they were rewarded for all their efforts and hard work, especially the organizers Mr. Elston Wade and Mr. John Gillett. This was also an occasion to get to reunite with all my family and friends whom I have not seen for so many years. It was such a joy just socializing with everybody.