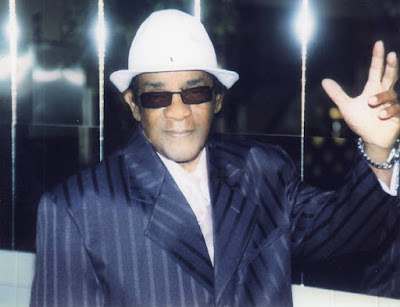 Percival (Proff) Drummond
Percival “Proff” Drummond is one of ’s Pioneers in the Entertainment Business. He was born in and attended the . As a child, he grew up playing basket ball and football like most other youths his age in . Proff was always interested in the entertainment business and, as a youth, he competed in the local singing contest sponsored separately by both political parties in in commemoration of the September 10th Belize National Celebrations, at which he won a few awards. He entered the local entertainment business in 1957 when he became the lead vocalist at age twenty-four in the “Deep Harmony Band”, one of Belize’s most popular Swing Band in that era. He spent two years with the “Deep Harmony Band” and helped the band to win two contests in the local “Big Bands Competition”.
Proff joined the Lord Rhaburn Band in 1960 as the lead vocalist in a band named “Los Calypsonians” that played mostly West Indian style Calypso Music doing shows in Belize City and the Rural areas, but was not welcome playing for dance hall audiences who preferred American style Waltz, Blues and Standard Music. This caused the “Los Calypsonians” to quickly changed course and renamed the band the “Lord Rhaburn Combo”, which broaden its musical selections to suit popular demands and thus entered the dance hall scene. With its new appeal, the Lord Rhaburn Combo was invited by the Guatemalan Consul General in to travel to , to play for the Guatemalan President. This turned out to be such a big success, since Proff also sings in Spanish, that the Combo was invited to play in Guatemala City shortly after, where they cut their first record and became the first Belizean Recording Artists, with Proff singing three songs and Lord Rhaburn doing four, including the legendary “Budd Bank Wedding” hits that the popular American Artist, Joe TEX, sang for Belizeans during a show at the “Plum Tree” club on 39th Street in Los Angeles just before he died.
Proff was named the Instrumentalist in the Lord Rhaburn Combo because of his tireless efforts to solicit engagements for the band both at home and abroad. Their International tours including Guatemala, Mexico and New York, where Proff recorded his second number one hit in Belize’s Radio Hit Parade – “Nothing Takes the Place of You”. He left in 1964 and took up residence in , , to try and advance his musical career and to make a better life for himself and his family. In , he worked with the Chrysler Corporation for a while, before going into the music promotion business, promoting Belizean Artists such as the Lord Rhaburn Combo, the Professionals and Santino Messengers Bands from , and a number of local Belizean Artists in the area. He also received the “Lifetime Achievement Award” in 2004 at the Lord Rhaburn Award Show in and had performed yearly at the Bliss Institute in for four years thereafter. His biggest promotions in California was at the renown “Coconut Grove” where such American Legends like Frank Sinatra, Sammy Davis Jr. and other Multicultural Artists performs, the Proud Bird and Bitiki, where big name American and other International Artists frequently performs. His next big promotion will be the “Belizean Caye Fest” to be held a Hollywood Park Casino on July 2nd and 3rd, 2011. 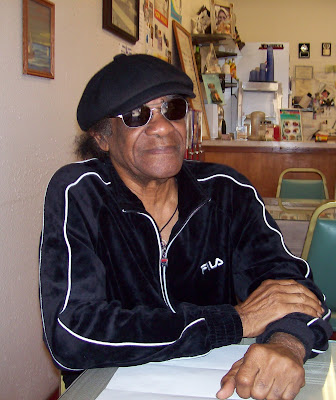 Proff considers himself  a perfectionist, who does not accept defeats and follow through with his plans to the end. He leads a very personal life style, a sharp dresser and loves the night life and the entertainment business. He also performed on stage with a number of known Jamaican and West Indian Artists over the years.
By: Winfield Tillett.
Posted by Linda Crawford at 1:47 PM