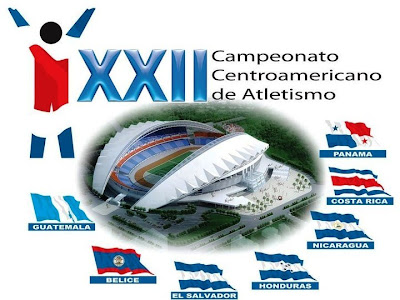 Costa Rica National Stadium
Last weekend, June 18th and 19th, a group of 38 Belizean Junior Track and Field Athletes took part in the Central American Junior A and B championship that was held in . Team brought home eleven medals; 2 gold, 4 silver, and 5 bronze. Gloria Serano, the best Belizean performer, brought home  gold, silver and a bronze medal; Novian Middleton walked away with gold.
This weekend the senior track athletes, 21 of them, left , this time to participate in the 22nd Central American Senior Athletic Championship Games that took place in at the recently inaugurated National Stadium.   garnered a total of 10 medals this time around; 5 gold, 3 silver and 2 bronze. 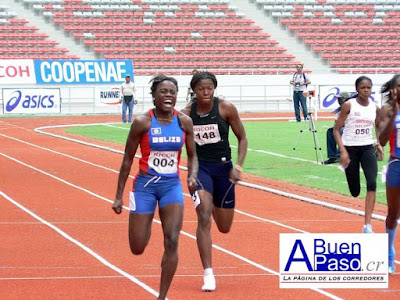 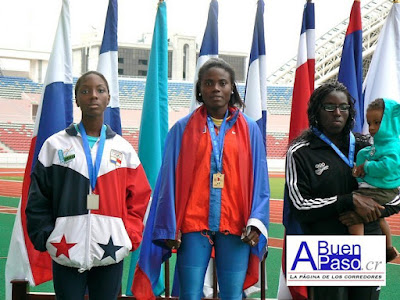 Kaina Martinez on the podium 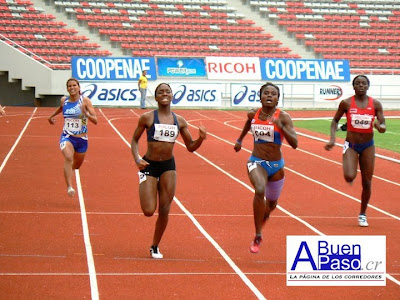 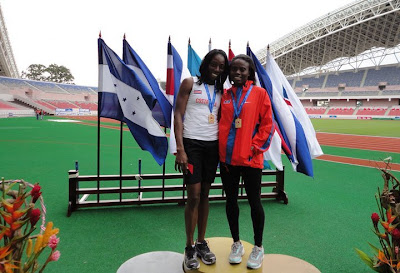 On Day 1 of the competition in the 4 X 100 (F); the quartet of Charnelle Enriquez, Julie McCord, Kaina Martinez and Tricia Flores took the gold medal. Kaina Martinez garnered her second gold in the 100m also shattering her own Central American Record (CRA) from 2009 of 11.98 to establish the new CRA of 11.74.
Not to be outdone, Tricia Flores took her second gold medal of the day in the Long Jump, where she is the current record holder since 2010. To end the day of competition, Katy Sealy took silver in Heptathlon. Katy is Belizean by descent. Her father was born in (now Dangriga) in 1964 when his father was the Anglican Priest from , who was in charge of the St. Matthew’s Anglican Church in . 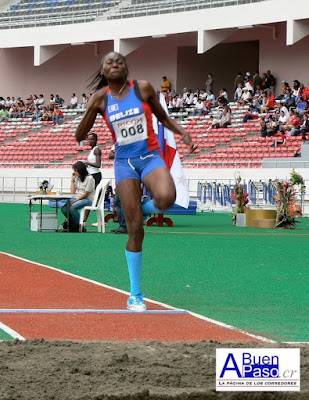 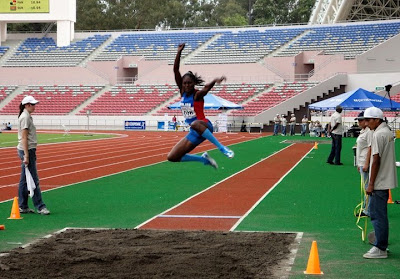 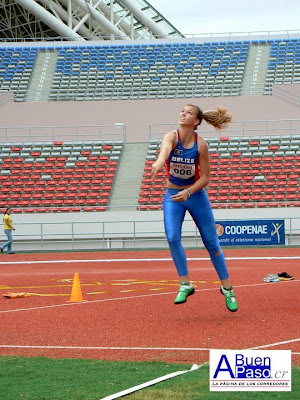 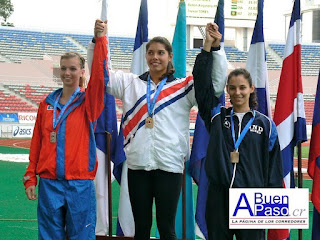 Katy Sealy receiving silver medal for Heptathlon
During the second day of competition Kaina Martinez captured gold again in the 200m in record time as well, establishing a new CRA of 24.17, the previous being 24.58 established in 2007.
Kay-De Vaughn captured silver in High Jump and Tricia Flores got her third medal, this time silver in the Triple Jump.
To end the day Kenneth Medwood a Belizean-American graduate of in , currently majoring in Sports Psychology at ; won gold in 400m Hurdles. 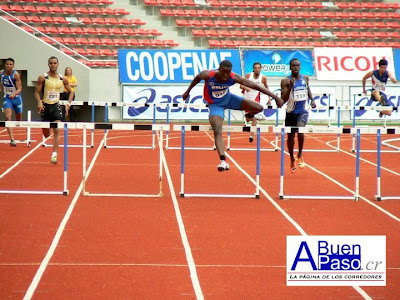 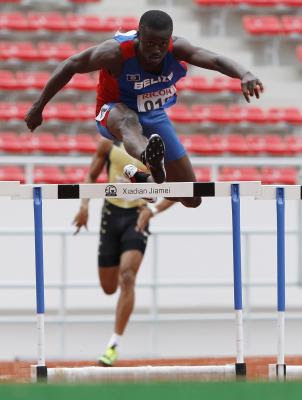 Kenneth Medwood gold in 400m Hurdles
To end the competition; on day 3  captured two bronze medals; the first in the 4 X 400m (F). The four athletes were Charnelle Enriquez, Julie McCord, Katy Sealy and Tricia Flores.
The second was in the male version of the same race and the quartet were; Jayson Jones, Kenneth Brackett, Kenneth Medwood and Mark Anderson. 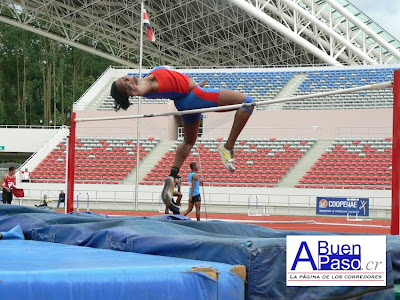 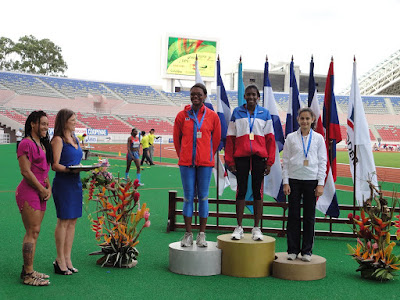 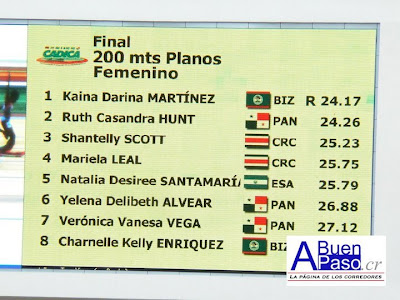 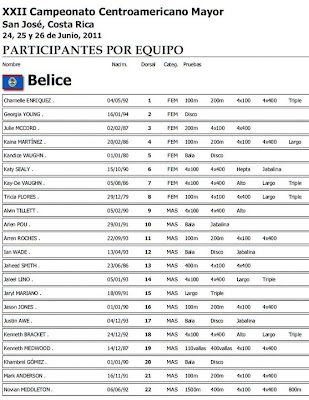 Thanks for sharing. Took be back to Costa Rica 1990. I brought back two Bronze in Long jump and triple jump.

My lovely niece, Kaina Martinez, so proud of her!!! Well done keep it up Olympics here we come!!!

The Belize performed wonderfully especially the females......Kudos to all of them. They are shining despite all the obstacles.

What a set of diligent and beautiful young people. I am extremely proud of the performance of the ladies.