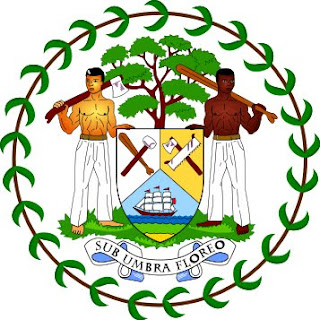 What The Guardian and its unapologetic editor did to Gina Tillett is not only unconscionable and in poor taste, but it also draws attention to a larger problem; the utter contempt and disrespect in which Belizean women are held. It doesn't matter if this woman was a nun or a prostitute or a public figure, there comes a time when taste and judgment should come into play. And who made this editor the arbiter of this woman’s conduct? I'm sure that if you look deep into his personal life he has also done things that he is not proud of.
It was very encouraging to see that women from all sides of the political spectrum voiced their opposition to this misogynistic attack. The problem though, is that the women in are still mostly regarded as property and are totally disrespected by the opposite sex, whether it is a husband, boyfriend or men in general. It is also not only a cultural but systematic problem. God forbid a woman wants to divorce an abusive or cheating husband. The court system in makes it almost impossible for them to make that break. They have to go through so many hoops and turns that most don't even bother, and the lawyers bleed them for all it’s worth and they still don't get the desired outcome. It is a disgrace!
It is time for women to start organizing in a meaningful way, get the legislature to start passing laws with teeth that will make men think twice before raping their wives, taking away their self respect and humanity, and start seeing women for what they really are, mothers, providers, motivators and the guardians of the future.
Shame on you Women’s Commission and shame on you Mr. editor, for your callous insensitivity. I hope the women of boycott your paper and that no woman ever sleeps with you again, wouldn't that be great!
Commentary by pele

The game of politics is dirty & vicious and not just in Belize; it's an epidemic in the USA. When are women in our society going to be judged by the same standards as men? Shame on you Mr. Editor-Alfonso!

But honestly, how do we expect our children to behave? Do as I say and not do as I do! There is no privacy on FB!

This is entertaining, but not news! Gina (personal knowledge) is not/has never been anyone worthy of holding any “role model” position. Her personal life always manages to make it to the streets. She is unable to conduct herself in public settings, and God knows WHAT the PUP were thinking appointing her President of THe Women’s Group! This is coming from a PUP supporter (myself). If you visit the FB page of Ms. Tillett, even her attempt to defend herself on the page is EMBARRASSING…her spelling (resently for RECENTLY) and horrible grammar make me cringe.
I’m a firm supporter of women and movements for equality for women, but we have to call a spade a spade, and this is bad judgement on Ms. Tillett’s behalf.
This picture, mind you, is nothing as far as I’m concerned, because I have personally SEEN actual naked pictures of Ms. Tillett in circulation. I wish her luck, and maybe this will encourage a modification of public behavior and posts. This act alone speaks nothing for the rest of us Belizean Women...I respect myself & through this, DEMAND respect in every right.

I consider this to be very bad taste for the editor of the Guardian. But listen to me, this woman have no common sense to post this kind of picture on her FB profile especially her public figure status.

Does she not have respect for herself? I am not on the side of the newspaper, they should go and find real news; but Ms. Gina set herself up for this, she is acting like a wild teenager!!

Her behavior is disrespectful to me and many Belizean women.

I am sorry, but this in not news. Shame on you Alfonso!!! Go and work on the real issues that's plaguing Belize.

For Gina I'd say she is really stupid. I am not sorry for her one bit. Does she not know about tagging a friend of a friend on FB, geez! And Gina, what kind of a public figure post such shit for the world to see?

Women's Commission have no say in this. I want to stand up for women that means something in our society in Belize and not a disrespectful wretch like Gina.

All that being said, this still doesn't give the Guardian the right to use her picture for political gain. Wrong Alfonso, Wrong!!!

Although I understand that this situation could be looked at as exploitation of women, there is another side to this coin. Almost everyone these days has a facebook account and everyone who does have one, knows there are certain things you post and certain things you just DONT!! Why?? For this same exact reason, nothing is private anymore. The minute you post a picture of yourself in a compromising poition, you're literally "asking for it". Im sure everyone has a private side to them, but some people just dont know when to reveal which side. The tabloids are out to make money and as a friend of mine always says "SEX SELLS", and thats what they are doing. If you want people to respect you, respect yourself, dont go blaming others for your mistakes.

Cut and Paste. So the Guardian's fool-fool editor was out to exploit and embarrass a PUP leader. First of all, why was something that low and tasteless on the front page? Is this news? Right under a photo of the PM too. No, This is NOT news, it's garbage_just like the PM's budget speech story, I suppose. My conclusions: Alfonso is most certainly a moron, Gina Tillett should be careful of what photos she posts on Face Book, and I'm ready for the default setting that is the UDP to be done and over with. A chorus of babbling numb skulls and it reflects in their dim newspaper. It's Toilet paper. That is my unbiased opinion.

This is a great piece written for women's rights. Women's voices should be heard and I agree with you that our men treat their women as properties. It's very rare that you will find a real man who will treat his woman with the respect she so rightly deserves. One makes one wonder why a man marries the woman of his choosing and then turns around and treats her like dirt. It boggles the mind.

What a gift from the Guardian to the women of Belize for Women's Month!!

I think the whole thing is very degrading to women, and the editor is very insensitive to women as if he has no mother or sister. I wonder if he has a wife, and if he does, what a shame.

On the other hand, this woman Gina is very disrespect of herself and other women; how can woman with no self-respect be the head of any public committee for women? Talking about leading by example!!! I know that others are saying that this is her FB profile and therefore only her friends should have access to it. Well, the scatter brain Gina has no idea that she could make her profile settings more private. And even if it is so, what kind of friends does she have to want to see all these provocative pictures. Also I heard from other people that this particular picture was taken by a friend while she was sleeping, but the matter is still Gina's because her friend gave her the picture; not pass it on to others.

Believe me, this woman has no credibility; absolutely none! For example, I heard about this story and the first place I went was Google and to my surprised prying eyes....she has a HI5 page that anyone could access, again no privacy settings. All her tons of pictures on Hi5 are there for all the world to see,and many in different poses with the liquor drinks in her hand. I know that many of us drink alcohol,but such ostentatious behavior by a public figure is wrong and stupid.