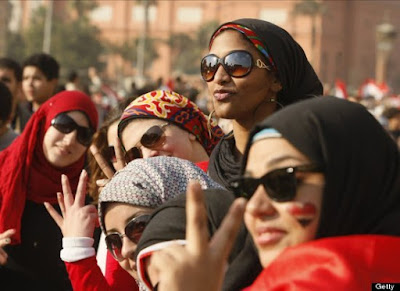 Women of the Middle East this week-Egypt 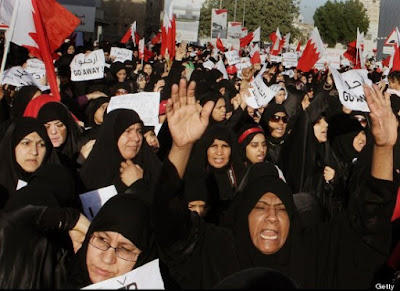 Women of the Middle East this week-Bahrain
Weekly round-up of the Hebrew newspapers in Israel; covering the major events happening in Israel and the Middle East.
On Wednesday March 9, 2011 all Israeli newspaperas lead with the same stories on their front pages, except that each one gave their own spin.


In Haaretz the lead was with Ehud Barack’s interview with The Wall Street Journal, in wich the defense minister said that Israel may request an additional $20 billion in military aid from the United States to help it contend with potential threats in light of the recent unrest in the Arab World.


“The issue of qualitative military edge for Israel becomes more essential for us, and I believe also more essential for you,’ Barak told the paper. “It might be wise to invest another $20 billion to upgrade the security of Israel for the next generation or so.... A strong, responsible Israel can become a stabilizer in such a turbulent region.”


In an interview with Israel Radio, Barak added that Israel's position as an ‘island’ of democratic stability in the Middle East needs to be bolstered.


According to Haaretz’s chief military correspondent, Amos Harel, Barak's comments, which did not include details about which weapons systems Israel is seeking from the United States, appear to be an extended discussion of November's proposal by the Obama administration, which offered Israel a goodwill package in exchange for an extension of the settlement construction freeze. At the time, Jerusalem and Washington did not reach an agreement on the matter, which involved a reported American plan to supply a second fleet of F-35 fighter planes, worth an estimated $3 billion.


Haaretz also reported that the IDF has been closely monitoring recent events in Arab states and updating its operational plans for dealing with a potential popular, nonviolent uprising. Senior officers say they have long felt there is no way to effectively contend with a widespread, nonviolent civil uprising. “There is nothing for it if something like what happened in Tunisia happens here,” said one high-ranking officer serving in the division. The paper also said that the probability of a completely nonviolent uprising, however, is thought to be low.


In Yedioth Ahronoth- the story leads with news that veteran Labor Party minister Benjamin Ben-Eliezer is suffering from pneumonia and is in serious condition.

Maariv  leads with two stories. One concerning Ben-Eliezer illness and the other – cabinet minister Moshe Kahlon’s planned visit to see Jonathan Pollard in his U. S. jail cell next week – Pollard’s story is also the lead in Israel Hayom.


Both papers report that Kahlon says his request was approved a month ago, before former U.S. secretary of state Henry Kissinger added his voice to those calling for the convicted Israeli spy to be freed. Kahlon will be the first Israeli official to visit Pollard since 1996. It will be the first official visit from a member of the current government.


In The Jerusalem Post, the lead was with comments by Prime Minister Binyamin Netanyahu, who said during a tour of military posts and bases that the IDF will remain in the Jordan Valley to defend Israel, regardless of any future Palestinian state. Palestinian President Mahmoud Abbas responded by demanding sovereignty of the area, along with all of the West Bank.


In remarks that some commentators say may have been a warm-up for his expected new policy statement in May, the prime minister told reporters, “Our security border is here on the Jordan and our defense line begins here. If that line is breached they will be able to infiltrate terrorists, rockets and missiles all the way to Tel Aviv, Jerusalem, Haifa, Be'er Sheva and throughout the country. There is no alternative to the IDF's line of defense. Therefore, in any future situation, and I say in any future arrangement as well, the IDF must stay here, i.e. along the Jordan River. This is the State of Israel's insurance policy. If this was true before the major unrest now shaking the Middle East and the entire region, it is doubly true today. The IDF must remain along the Jordan River.”


Israel Radio reports that Arab League Secretary General and potential Egyptian presidential candidate Amr Musa implied that he would maintain peace ties with Israel if elected to office, but that he might renegotiate the terms of Egyptian natural gas sales to Israel. According to the report, the veteran diplomat said in Cairo that Egyptians would be fooling themselves if they believed that the economy of the country could be restructured and that venturesome diplomatic initiatives could be undertaken at the


And according to Dan Margalit in Israel Hayom Prime Minister Binyamin Netanyahu is staking a middle ground, a sign that a new peace plan is in the works.


“There is something afoot in the diplomatic arena, but what? One can preoccupy oneself with guesswork, but it seems the only people in the know are the closest associates to Prime Minister Binyamin Netanyahu.


Those who have spoken with the premier in recent weeks say that they encountered an inquisitive prime minister who wishes to hear the opinions of others while revealing little of his intentions. It is no coincidence that Netanyahu was the target of criticism from Minister Silvan Shalom, who argued that the details of any diplomatic initiative should be first revealed before the cabinet ministers before it is presented to the U.S. Congress.


It is also no coincidence that Shalom noted that Defense Minister Ehud Barak was not elected to office on a Likud platform. As such, Netanyahu would be in the wrong to confide in Barak the particulars of a peace plan before revealing it to Likud ministers, according to Shalom.


Netanyahu remains tight-lipped. Two of his ministers, Moshe Ya'alon and Benny Begin, were satisfied with the prime minister's instructions to the State Prosecutors Office seeking to legalize the status of most constructed homes in West Bank settlements which do not encroach on private
Palestinian property. In other words, the government seeks to retroactively approve construction that had already been completed.


It is reasonable to assume that Barak and Minister Dan Meridor were not enthralled with this decision, but they were certainly more welcoming of the government's pledge to the High Court of Justice that any edifices that were built on privately owned Palestinian land would be razed.


In the run-up to the difficult diplomatic decision that awaits him, Netanyahu is interested in cultivating an atmosphere of balance, both toward public opinion at home and toward friendly, foreign governments that are pressing him to present his initiative.


This was evident yesterday, when Netanyahu declared before the cameras that under any future scenario, the Jordan River would serve as Israel's security border. In the next breath, the premier condemned the 'price tag' policy that extremist settlers have enacted against innocent Palestinians.


Netanyahu, and to some extent, the 'forum of seven ministers', are entertaining various ideas. One of them was first credited to Shaul Mofaz, who proposed the establishment of a Palestinian state within interim borders. He is not the only one who shares this view. A number of documents and maps have found their way to the prime minister's bureau. It stands to reason that the authors of these plans request to keep the details under wraps not because they were suddenly overwhelmed by a sense of modesty, but rather because they believe that these plans have a chance of being adopted only if they were presented as an American initiative. As such, Netanyahu needs to knock on the gates of the White House and whisper into the ear of President Barack Obama. The end result is anybody's guess.


Netanyahu is well aware of the Palestinians' target date – September 2011, when the United Nations General Assembly convenes in New York. He knows this is the endgame. Barak is prodding him to preempt. Those who have spoken recently with Foreign Minister Avigdor Lieberman quote him as saying that the premier 'needs to do something.' But what? The prime minister continues to hold his cards close to his chest. Whether this is wise will only be learnt after the details have been revealed.”


And finally, The Jerusalem Post reports that on Tuesday night, March 8th,  British Ambassador Matthew Gould attempted to dispel fears that the U.K. is moving towards recognizing Palestine as a free and independent state.


The British Foreign Secretary William Hague was asked about the announcement this week-whether  the Palestinian General Delegation in Britain will be upgraded to mission level- Gould said that Hague had not made the Palestinian mission an embassy, nor had he given its members diplomatic immunity. We had made it clear, Gould added, “that this is not a step towards recognition.”


Britain shares the goal of the Palestinian people, for the creation of a Palestinian state, “but the way to achieve this is through negotiations. This is a conflict that can only be solved through a negotiated settlement.”


Photos from Time Magazine.com
Posted by Linda Crawford at 6:01 PM