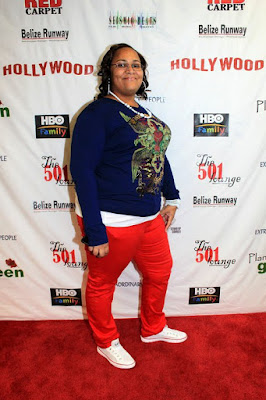 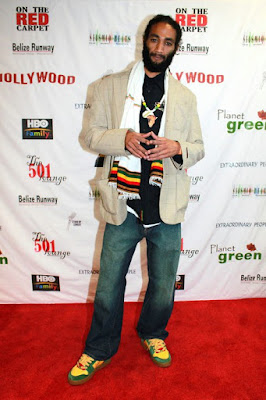 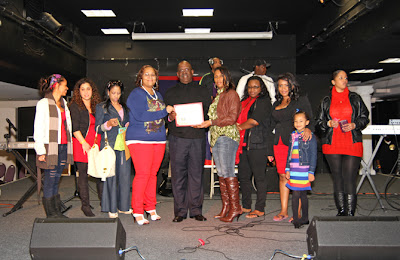 The Los Angeles Belize Consul General, Hon. Roland Yorke-(center) presenting certificate to the committee members.
A Belizean Group in known as “UNITY FOR BELIZE” held a Fundraising event in support of a Hurricane Richard Relief Effort for hurricane victims in at the off Century Boulevard in on Sunday, November 21st, 2010.
A number of Belizean up and coming artists, mostly youths, donated their time and talent to the effort, entertaining Belizeans with their R&B, reggae and rap music backed up by different DJs. Belizean MC/DJ “Flash Da Jagwar”, who donated his services as MC for the event, was very lively and entertaining as he introduced the various artists and kept urging the crowd to get on their cell phones and call or facebook their friends to come out and support the cause. He also gave progress reports of donations throughout the event. The Los Angeles Belize Consul General, Hon. Roland Yorke, was also called on stage and briefly introduced himself, thanked Belizeans for stepping up to support their fellow Belizeans victims back home, and announced his own relief effort that is extended to February, 2011. 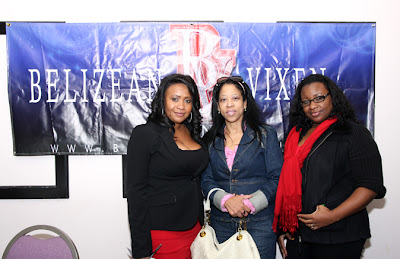 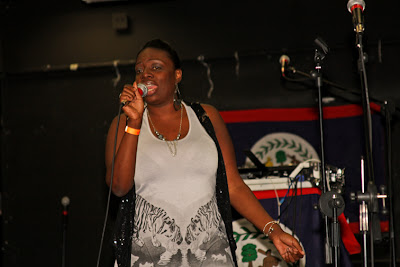 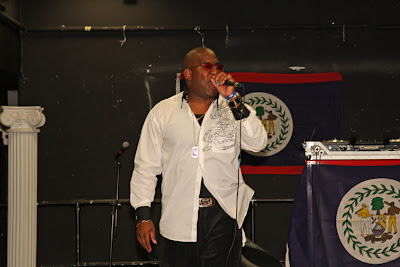 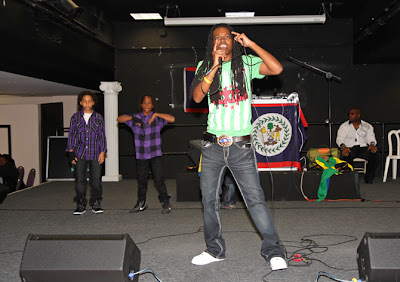 Belizean Artist Lady Juctice
The concert did not receive the support anticipated, and a number of the more popular artists on the schedule did not perform. The most know Belizean artist who performed at the event was “Ras Indio”, who invited his friend, Jamaican “Jah Marley” to donate his time and talent to the cause. Both men were well received, and “Lady Justice” had the crowd going with her Dancehall Rap.
Unfortunately, the event ended prematurely by in-house security following an encounter with a disorderly Belizean youth. “Donkey Man” was the next artist to have perform, but was unable to do so because of security concerns. The event netted a total donation of US$2080.00 which will be denoted to the hurricane victims of through the Belize Red Cross.
By Winfield Tillett
Posted by Linda Crawford at 12:09 PM

Nothing strange there!! Belizean youth always find ways to 'mash up' a good thing.