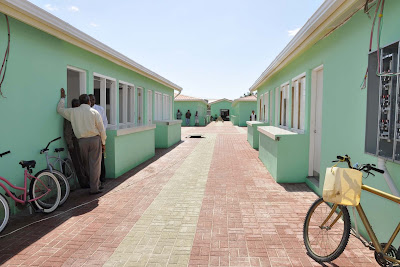 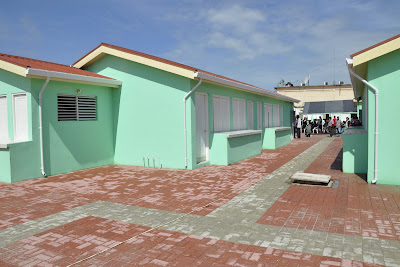 The Compound-click on photos for a better view
, 22 November, 2010:
The new Michael Finnegan Market named in honor of Hon. Michael Finnegan, Minister of Housing and Urban Development and Area Representative for the Mesopotamia Division, for his outstanding community service contribution to , was officially inaugurated today, Nov. 22nd during a ceremony at the project site in .
The Michael Finnegan Market will directly benefit over 70 vendors who use the facility on a daily basis, including vendors who come from different parts of the country to sell their produce. However, the project will benefit all residents since they will be able to buy their vegetables in a beautified and healthier environment.
The project was implemented by the Social Investment Fund and financed through a combination of a loan and grant from the Caribbean Development Bank (CDB) at a total cost of $1.3 Million dollars. Of this amount, the Government of Belize provided $270,000.00 in counterpart funding and residents of contributed the labor.
The project included the construction of 42 stalls. This included the replacement of the current makeshift stalls with two 10 ft by 10 ft stalls, 4 refurbished 10 ft by 10 ft stalls and the construction of 36 20 ft by 10 ft stalls. The existing bathrooms were renovated and extended. The extension will particularly accommodate the wholesalers who travel from outside of to the market. Better drainage and a proper garbage disposal system was put in place; the entire market compound was leveled and pavers were installed. 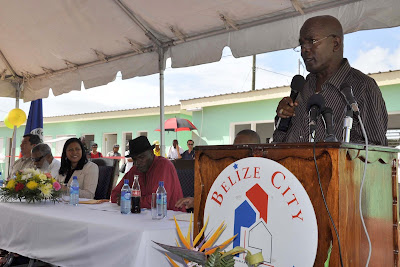 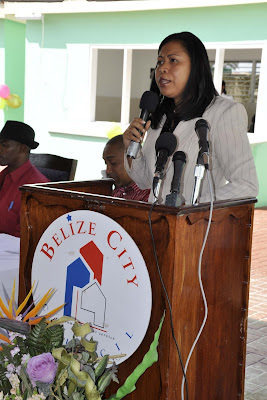 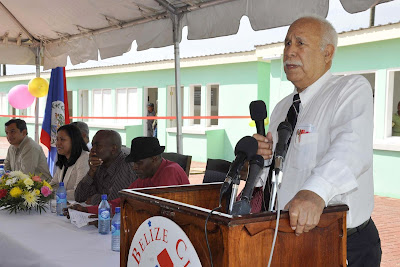 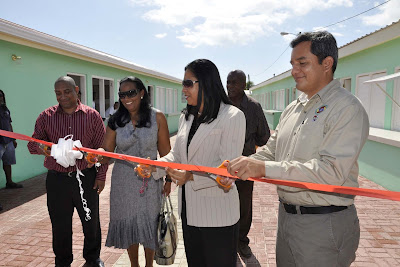 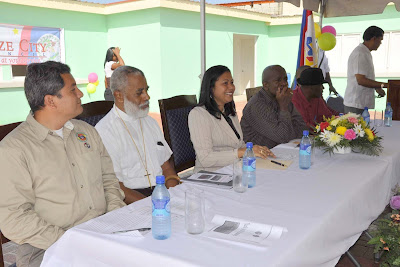 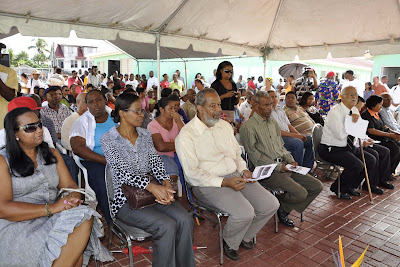 Audience at the Ceremony 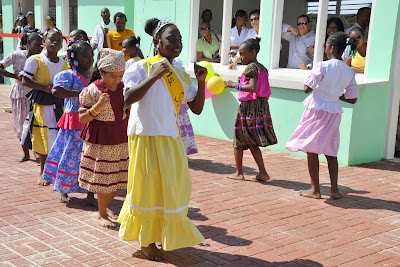 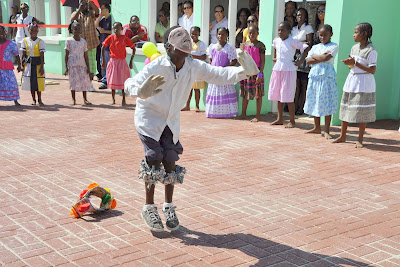 Cultural presentation by student of St Ignatius School
The Social Investment Fund is the Government of Belize’s main implementing agency of projects aimed at addressing the basic needs of all Belizeans in an honest and transparent manner utilizing a community-based approach.

The Cultural presentation by student of St Ignatius looks so good.

Mensajes, thanks very much. This is a dance from the Garifuna culture of Southern Belize.

You can read more about the Garinagu culture in my article from a few days ago....Nov 18th to be exact.

Thanks for visiting my blog and commenting, much appreciated!

What a lovely market, I'm just a block away and didn't know that the market was completed thanks Linda.

Keep up the great job you are doing!!

This is good and much needed for the Queen Square Market vendors...it's only flaw is that it's perfectly good name had to be changed to satisfy another transient politician's ego_ how petty. I hope the name is reverted, in the future.