You can nominate a candidate for Belizean Spotlight that you believe has excelled or contributed to our life.
Previous “Spotlight of the Month” can be found in the archives.


It gives me great pleasure to "Spotlight" a Garifuna who has contributed to the development of and to the promotion of Garifunaduo in . We celebrate Garifuna Settlement Day by spotlighting Mr. Clifford John Palacio. 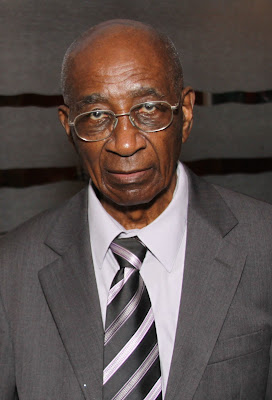 Forward by Angela Palacio of www.apalacioexchange.com
Posted by Linda Crawford at 4:42 PM

Good Reading - I like the fact that the older generations still carry their culture with them no matter where they go so that the youths of tomorrow will keep the tradition and not lose their roots..