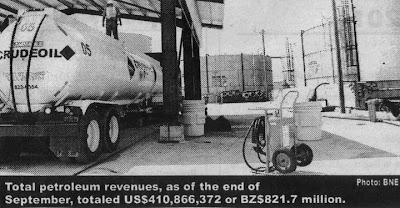 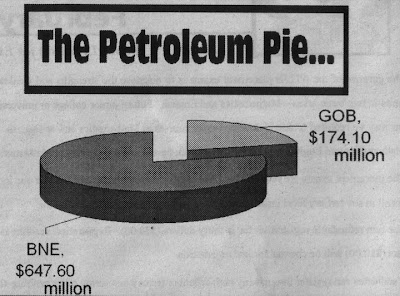 Belize Natural Energy (BNE) continues to be the only petroleum producing and exporting company in Belize, and official Government information supplied to Amandala Newspaper indicates that total petroleum revenues, as of the end of September, totaled US$410,866,372 or BZ$821.7 million.
Government’s slice of the pie is 21 cents on the dollar, or a total of BZ$174.1 million since production began in 2005.
Gross revenues have increased by nearly BZ$170 million since 2009, based on company information.
BNE has produced nearly 6 million barrels of Belize Light Crude (BCL). BNE reports that the oil is exported to the , and .
Of interest is that 91.3% of the crude sales have been outside , whereas 8.7% has been sold locally.
Total production is reported to be 5.8 million barrels up to the end of September, with 5.1 million barrels having been shipped outside .
Local sales are reported to be 488,448 barrels of oil.
Government’s biggest earnings from petroleum come from income taxes, reported at roughly BZ$106 million. Royalties are far less - BZ$52 million. 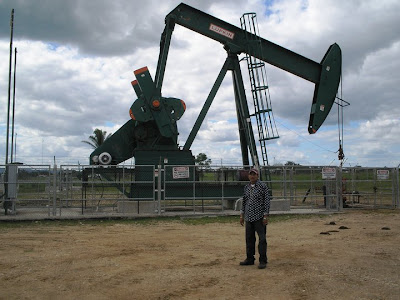 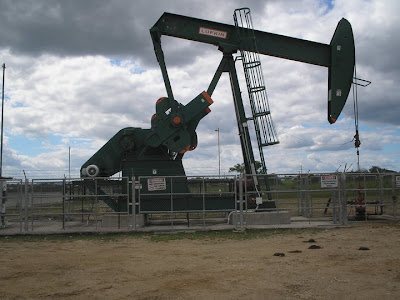 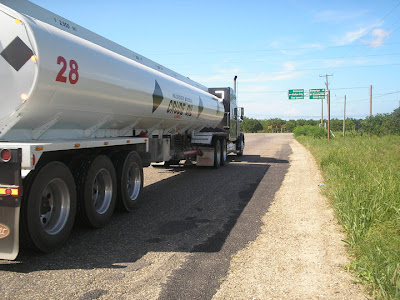 Vacuum Truck – The only vehicle of its kind in Belize, this truck is equipped to vacuum oil spills from the grounds or water surface. 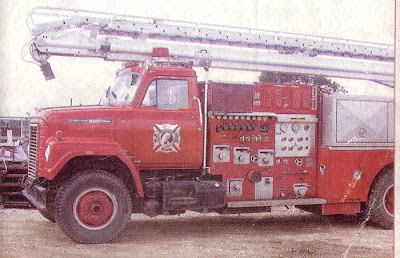 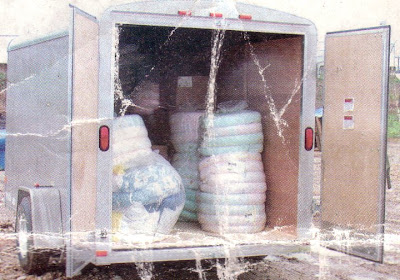 Mobile Spill Unit – BNE has mobile spill units both at Spanish Lookout and Big Creek Port, used to clean and prevent the spread of oil after a spill. These are ready to be deployed immediately. 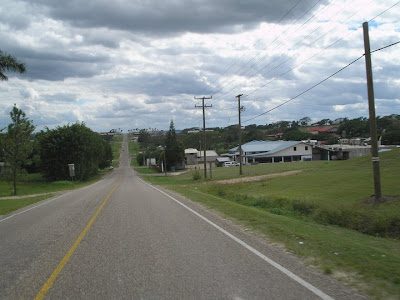 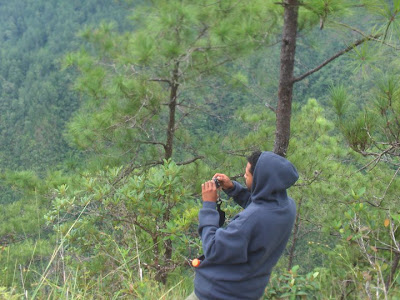 The Mountain Pine Ridge Forest near by to Spanish Lookout Village
Article by: Adele Ramos - adelescribe@gmail.com www.amandala.com
All photos by: Jorge Aguallo
Thanks Jorge!!!

Posted by Linda Crawford at 9:47 PM

Belize came up short on this deal, I went down there to see about getting some truck work, they have it set up where a poor man can't afford the type of equipment required.

Mrs. Crawford,thank you very much for your Post, in response to Mr. Rudney Budd comment, I am recommending that he read this book Confessions of an Economic Hit Man written by John Perkins,so that he could have a better insight and how things really work's... and why it looks like we always coming up short not getting our fair share of the revenue from the oil.. Perkins' function was to convince the political and financial leadership of Third World Countries to accept enormous development loans from institutions like the World Bank and US AID. Saddled with debts they could not hope to pay, those countries were forced privatise their health, education, electric, water and other public services. Perkins argues in his book that developing nations were effectively neutralized politically, had their wealth gaps driven wider and economies crippled in the long run ...After several years struggling with his conscience over the role he was playing in crippling foreign economies, he quit his consulting job. In the 1980s Perkins founded and directed a successful independent energy company. In the book Confessions of an Economic Hit Man, Perkins states that he suspects the success of his company was due to 'coincidences' orchestrated by those appreciative of his silence about the work he did as an economic hit man. He then sold the energy company in the late 1980s. Since then he has been heavily involved with non-profit organizations in Ecuador and around the world. He continues this work today, in addition to his writing. One of his organizations, Dream Change, is dedicated to shifting consciousness and promoting sustainable lifestyles for the individual and global community.

Hey Linda,
This information is awesome. I appreciate it very much.
It looks good. I would be interested in what are the net benefits, because I am sure there are some expenses. Also someday I hope we will hear about what it has done regarding jobs, and input into the economy, including spill-off industries, etc. Hope our people will benefit somehow, somewhere.
Keep up the good work.
Thanks a million.

I want to add two items:
The Consortium for Belizean Development is meeting in Belize this coming week celebrating their 25th Anniversary - unfortunately, I as a member, am unable to attend due to committments resulting from my recent re-election to London City Council - also want to encourage everyone to read as much as posssible about the Belize Diaspora project. It is important.
Harold Usher

Congratulations again to your re-election to the London, Ontario, City Council.

This is indeed great for Belize, but we hope that some of this petro dollars will trickle down to the common men and women in Belize. For now I think the company has a lot of expenses getting started, but once that is squared away I trust that Belize will be getting a better share. And when I say Belize, I mean the ordinary citizens and not the GOB and their cronies.

Since the hurricane last month, the BNE gave a donation to NEMO of BZ$50,000.00; at least that's a start in giving back to the community.

Regarding the consortium, I posted the press release to my blog. You might have to scroll down a bit to see it. Oh, Kim is working on the bio for December.

Also, you might want to go back again to the blog and check out a short video on the actual pumping of the oil.

Thanks for reading and G-d Bless!!

Mr. Budd, I don't think the set-up is to prevent the poor man from getting a job; It's more like setting standards. I think the trucks transporting the oil have to set a certain standard to be on the roads. Transporting oil is very risky and even the tires have to meet certain specifications. The oil companies world wide have a higher standard that the government.

Maybe you should have tried to apply to drive their trucks, but then again, what do I know about this industry.

Thanks so much for visiting my blog.

I have never heard of this book you are referring to, but I must admit that I do not have a good knowledge of what is going on between the World Bank and other aid agencies to developing countries. But what I know that the petroleum industry in Belize is certainly not giving Belizeans a fair share of the oil money.

I will try to be diligent in the future so that I can get a clear understanding of the oil money trail.

This is really interesting, You are a very skilled blogger. I have joined your feed and look forward to seeking more of your magnificent post. Also, I’ve shared your site in my social networks!