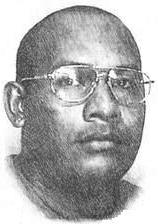 THE OTHER SIDE OF THE COIN

A very compelling favorite statement of the Honorable Michael Finnegan is, “if ah tell unu the haas white da bekaz ah gat the hair eena mi hand.”
Very often, we digest media information and regurgitate its effects in the form of criticisms against our politicians and leaders followed by a strong call for better transparent, accountable, just government. Naturally, Belizeans at home always get information locally and in a variety of forms including that which is twisted by those bias media. Those of us living in the Diaspora studying, working, or residing who can only accept what is fed to us, often hunger for information of home in whatever form, but always happy to have our cravings satisfied with a diet filled with positive news form a neutral source. Such is rarely forthcoming, but when it does, it is as soothing as a few drops of Visine are to the sore eyes. For those of us six students studying law at the of , it is truly pleasing to see an article in the Sunday Times dated 7th November, 2010, entitled, “ Commended for Controlling Corruption.”
Our little Caribbean country situated in Central America is naturally an attraction for a large number of nationalities and because of its tourist attractions, richness in natural resources, diversity in ethnicity, its ease of access, and geographic location serving as a doorway to the United States of America, the Caribbean, and Central America, it attracts people with both good and bad intentions. No matter who comes or goes, we as Belizeans must protect what God has blessed us with and we must not fall to the temptation of encouraging evil in our country. Still, our country has been plagued with both national and international criticisms and many of us have stood and watched sadly as some of those same people who have been given the honorable opportunity to manage our resources have mismanaged and plundered in the same way our Colonial masters raped our country of its richness. Is this attitude of greed and thoughtlessness a pass-off from the days of slavery too?
Corruption has plagued to a large degree for years now and sadly, as I mentioned above, speculations have been directed way into the heart of our nation to its politically elected leaders, such that it is almost a surprise to hear that we are now being commended for controlling corruption. “Controlling corruption!” I had to stop and take more than one second look at the title of the article, then, as you may have guessed, read further to see if the commender is a credible source. Well, if it is proven true, the source is a credible one and it is nice to know that it is news to a foreign sister country with almost equal history to ours. I am almost tempted to say that, “I bet you that this has not been fed to the Belizean public at home as news and even if it has, it would not be given the same positive twist as the Sunday Times of Guyana.”
The Times article states that “The President of the Inter-American Development Bank, Luis Alberto Moreno, has spoken favorably about ’s economic position and its success in controlling corruption. The IDB president stated, ‘ entered the global recession from a position of relative macro-economic stability and came through relatively unscathed.’” To those of us on the ground who are knowledgeable to the many accusations of corruption in government in Belize, it would seem a little distant from the truth to hear that we entered the recession from anything stable, but the economic term and supporting figures tells the professionals something different. All the same, we will accept what is said and feel very proud of all those who have contributed to well-accepted present position. Thank you all.
The Sunday Times’ article continues to speak very favorably about and its success in controlling corruption. For the hundreds of thousands of Belizeans at home and abroad who have become used to hearing the continuous reports of corruption in Belize, this is very encouraging and is worthy of a celebration. It is also an encouragement to investors that is a favorable country to invest in. Most importantly, it spells that there is no longer an open season on politicians who have allegedly been at the helm of corruption in .
The essence of this article in ’s Sunday Times may be a sign that God still looks favorably on our country and has given us a chance to rebound from corruption, the root of those many social ills, which is eating away at the core of our society. We should not ignore this but grasp at this silver lining in our cloud and continue to build on it so that the sun may completely grace our beautiful land of the free by the . Long Live !
Posted by Linda Crawford at 8:14 PM

I would take this comment by Inter-American Development Bank, Luis Alberto Moreno,as a positive since his own country of Columbia has been ranked a 3.5 (with 1 being the worst) in corruption. Transparency International will not even rate Belize since we only have one source of information and that is our very corrupt government. I would say that Belize is right there with Columbia in every aspect. Belize is in the top 5 countries for murder capital of the world and that is aided by corruption from politicians right through police and judges.
Belize needs more sources of information, more transparency and strong anti-corruption laws, enforced by an outside governing body. The needs to be financial and civil charges and penalties levied against individuals who continue to rape this beautiful nation in so many ways.
A free unbiased media with unfettered access and multicultural, multi-party watch-dog groups with an international observers would be a good start.