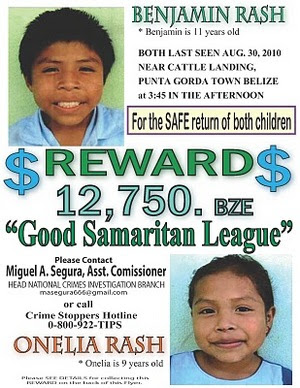 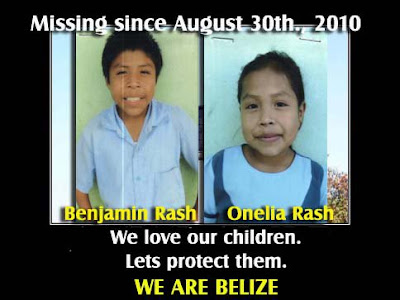 Posted by Linda Crawford at 2:18 PM

My heart goes out to those children.

My heart also goes out to the parents of these children and I hope and pray that the children are returned safe and sound to their own beds. It's hard to believe that the things we see here in the U.S. are happening in our little Belize.