It's vacation time in Belize-the week of Easter, it's a time when schools and many businesses close down and half the country seemingly takes to the beaches, offshore islands, parks and the spectacular great outdoors. It is also a time when the countryside is covered in blooms of many different colors. 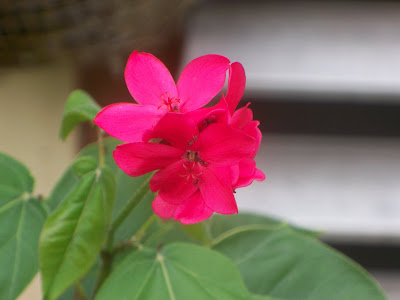 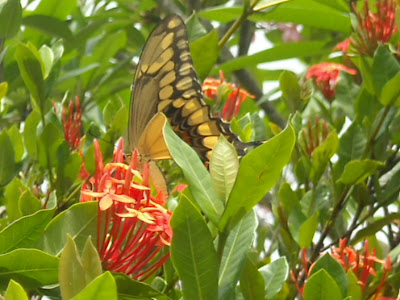 Flowers at Easter Time
With over 80% of Belize’s population being Christian, the holy week has its origin in Christianity. Traditionally, Easter is celebrated for four days, each day having its own celebrations and events in various parts of the country; Good Friday, Holy Saturday, Easter Sunday and Easter Monday.

Here are some of the events and tips for trips as part of the Easter celebrations in Belize:

Good Friday, which traditionally marks Christ's crucifixion and death,  is a quiet day with minimal traveling,  and the major radio station plays only gospel music and most churches hold a commemoration service. Countrywide,  no liquor is sold until 6 p.m. Traditional foods include fish, beans, rice and the cross bun and cheese is never far away.


In the town of Benque Viejo del Carmen in the Cayo District, they have an elaborate re-enactment of the Passion of Christ. In other parts of the country you can see worshipers following the Stations of the Cross and roadside altars covered with flowers in remembrance of Jesus' death at 3:00p.m. 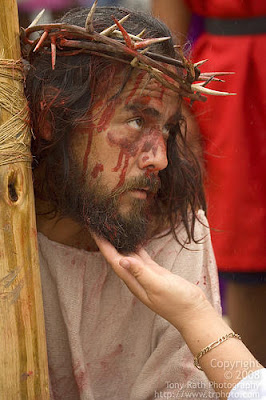 Re-enactment of the crucifixion in Benque Viejo, Belize
Holy Saturday is best known for the annual Holy Saturday Cross Country Classic. This a 140 mile bike race starting in Belize City, traveling west to San Ignacio where the riders turn around and head back to Belize City. Last year's champion was Mexican rider Carlos Lopez, who finished the race in six hours, one minute and forty-one second, winning out 99 other cyclists from Belize, U.S.A, Mexico, Guatemala, Costa Rica and Cuba. 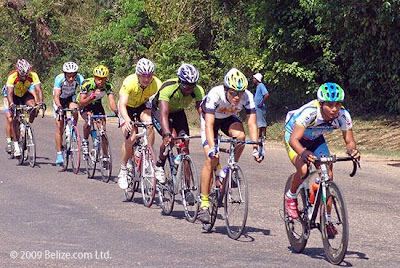 On Easter Sunday, traditionally celebrated as Christ's resurrection, there are church services held throughout the country and it is a time for families, and friends to get together. It is a time to proclaim one's faith and to strengthen ties with God. It's an important celebration in the lives of all the faithful. 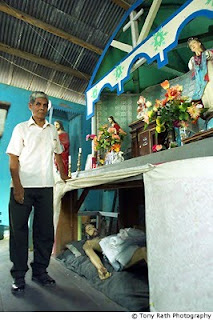 Easter Monday is the winding down of the four day weekend. There are still activities going on,  the main ones being another cycle race from Belize City to the Sylvester Stadium in Burrell Boom, where there is an all day celebration, horse races, food and music.

And so comes the end of the Easter weekend, Tuesday is back to work, maybe productivity a little bit off, but hey the weather is still great. 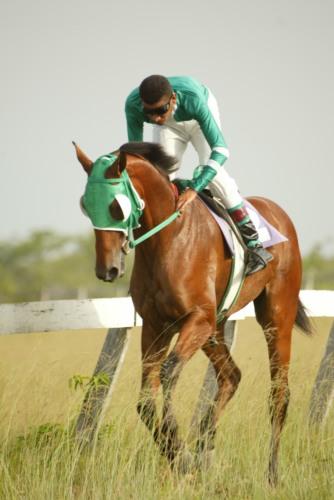 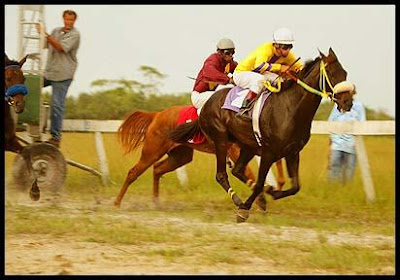 This is a great story!! Did not know that kind of re-enactment takes place in Belize. Also love the horses, makes me want to fly home for Monday!!

Thanks for reminding Belizeans who are far away from home of the events that take place in our beautiful country for this special Easter season. Enjoy your holidays!

Very nice to read about the Easter tradition in Belize.

Surely missing out on all the fun and traditions. I remember all the fun Easters we use to have in Crooked Tree! Horse race, softball, dance, going down to the lagoon and chruch service on Sunday morning.

I really enjoyed reading your article. I had just been reminiscing about my childhood days in Belize. There are unforgettable and I often share them with my husband and friends.
Beulah Wright- Tillett

Ms. Beulah, Dorla, Jane, and everyone, thanks very much for your kind words. It means a lot to me!

Happy Easter to all!

Does any one else know what other superstitions that surround Good Friday? I remember something about lighting a candle....and maybe others. Maybe could collect some of these.

If you put your ring in a glass of water tied to a thread and swing it around in the glass and the glass breaks you are getting a divorce. I heard that one as a child growing up back home.