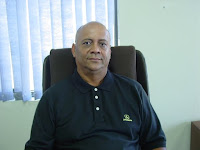 
It has been lauded as one of ’s biggest single capital investments, and it came at a price tag of US $63 million. It involved two years of project development and twenty-two months of construction, but on December 21, the Belize Co-generation project (Belcogen) will begin full commercial operations in selling electrical power to its parent company, Belize Sugar Industries (BSI), and to Belize Electricity Limited (BEL).

The definition of the term Co-generation is explained through the simple fact that this industrial plant will generate both thermal and electrical energy for consumption by another party. For example, BSI will receive both low-pressure exhaust steam to process the cane juice into sugar, and electrical energy to operate its equipment. BEL on the other hand will only need to purchase electricity from Belcogen for supply to the national grid and ultimately, sale to consumers. 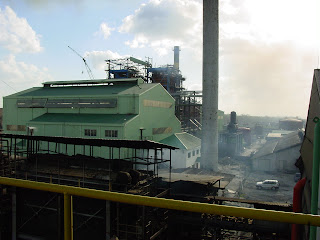 By nature, every sugar factory is an inherent co-generator, as was BSI, but the sugar plant was employing outmoded equipment with limited capacity to generate energy. This limitation did not allow for expansion of the sugar industry and the growth of the Northern Districts. So while BSI did generate, at its peak, some 6.2 megawatts of electrical power for its internal use, Belcogen will generate a total of 31.5 megawatts of electricity. Of this, 9 megawatts will be sold to BSI and a guaranteed 13.5 megawatts to BEL. The new plant was designed to sell as much to BEL as is practicable, but is committed to supply a constant 13.5 megawatts to the electrical company even when any of Belcogen’s equipment needs servicing.

The major consideration of Co-generation plants which dictate the viability of the investment is that they must use the waste from the sugar cane, bagasse, as fuel for its operation. In the past, BSI’s factory consumed 70% of the available bagasse each crop as fuel for its operations, and had to store the remainder in a stock-pile never to be used again, since the following year would bring another 30% excess. Over the years, this expanding bagasse pile has loomed high over the Factory, blocking out the entire south end of the compound and posing an environmental threat since it could be ignited, either deliberately or through spontaneous combustion due to fermentation. Additionally, because of its older design, the sugar factory also released tons of fly-ash in its flue gasses each day of operation, which affected the immediate environment and neighboring villages.

Accordingly then, the two major factors which supported the Belcogen investment were: consideration for the growth of the sugar industry and the environmental impact of BSI’s operations. The Belcogen project will mitigate the environmental hazard since its furnaces will burn the bagasse fuel more efficiently and the smoke chimney was fitted with electrostatic precipitators to trap all particles attempting to escape with the flue gas emissions. As to the investment, the level of power supplied will allow BSI to expand its processing capacity to almost 25% in the first year alone, and to 75% within 5 years.  Indeed, Belcogen immense structure is as impressive as its technology modern. 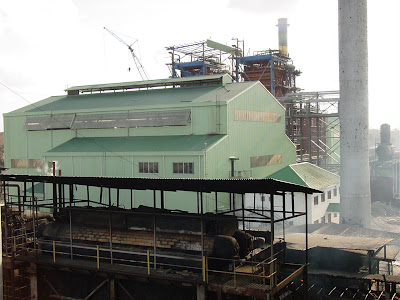 While the Belcogen project itself was straightforward in its construction and objective, the Sugar Factory faced many challenges. Since its boilers could no longer be used to generate high-pressure steam, many of its steam turbines (prime movers) had to be replaced with other form of drives, namely hydraulic pumps and electrical motors. At the mills, the five steam turbines had to be replaced with twenty hydraulic drives to turn the rollers which crush the sugar cane. At the cane yard, the two sets of cane knives, one electrical and the other steam driven, had to be replaced with a single powerful whole-stick cane shredder. These new high powered machines at the mills and cane yard need a considerable supply of electrical energy hence the demand from BSI for 50% more power.


Another important consideration which had to be promptly addressed was that BSI was designed and constructed by its then owners Tate & Lyle with equipment from , which is not fully compatible with electrical power supply from this hemisphere.  The British company installed all equipment and generators at 3,300 volts, 50 hertz. Belcogen needed to generate power at the levels and frequency as required by its major customer BEL through the national grid, and as such BSI had to upgrade to a new power supply, at 4,160 volts and 60 hertz.

In addition to the old electrical motors that would surely fail under the new power application, BSI had to replace thousands of feet of new electrical cable with the capacity to transmit the higher voltages and frequencies. Since it would have been insurmountable to replaces all cables in the Factory and ancillary Departments, a temporary arrangement was designed in some areas where the voltage would be reduced to 3560 volts, to be gradually upgraded to 4,160 volts within 5 years.

There are three links between BSI’s Factory and Belcogen which will affect future operations of both plants: bagasse, electrical and steam. If there is a fault in any one of these three factors, one or both of the plants will suffer production down time. However, most of the interconnections have already been tested between BSI, BEL and Belcogen and they seem to be suitably matched. On October 15, Belcogen began exporting “test” electricity to BEL, and on November 10, BSI was completely interconnected to Belcogen and is now fully dependent on its subsidiary for electrical supply. There is no turning back to the days when BSI could generate its own power. The two plants are inextricably linked from now on, and must co-exist in a symbiotic relationship.

Posted by Linda Crawford at 7:49 PM