GUEST CONTRIBUTOR: NORMAN RODRIGUEZ - THE OTHER SIDE OF THE COIN

I am happy to introduce guest blogger Norman Rodriguez. Norman and I met in 2008 at the mayor's office in Belize City. I was there applying for a liquor license for the first ever, spectacular Crooked Tree Village Reunion. Norman astounded me with his love of writing, his insatiable appetite for poetry and most of all his passion for Belize.

WELCOME NORMAN! I am very excited and so glad you are here to share your column "THE OTHER SIDE OF THE COIN", your love of writing and poetry with us! 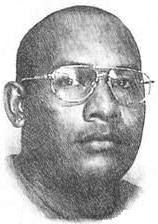 The Other Side of the Coin
Fourteen Patriots in A River Regatta into Belizean History
The story of the Battle that gave Belize’s its first independence is told over and over: On the 10thSeptember, 1798, the Spanish fleet came upon the settlement for the seventh time in an effort to drive them off and reclaim the territory that Spain had never settled on but claimed dominion over. Whether the Spaniards believed that this attempt would be another walk over or hoped that our forefathers would just pick up or pack up as they usually did and go over to the Mosquito Shores to hide until things calmed down, the resistance they got was not representative of any cowards willing to just walk away from what they had sweated and shed tears over for years.
The defeat of the Spaniards is a feat worthy of recognition. Our history tells of the suffering and abuse our forefathers endured throughout their time in the settlement from its establishment to the Battle of St. George’s Caye. The Spaniards were continuously trying to remove the settlers permanently, and they successfully did so on six occasions before the Battle of St. George’s Caye. One of their most successful attempts was probably in 1779 when the Spaniards captured St. George’s Caye, looted it, and marched over three hundred settlers and their slaves into imprisonment in Havana. The settlers and their slaves were exchanged in 1782.
We have many recorded episodes that make up the full history of the Battle of St. George’s Caye and the days leading up to the Battle of St. George’s Caye. The most important one is our Forefathers’ decision to stay and fight rather than to run to the Mosquito Shores away from the dangers brought on by the advancing Spaniards as was the norm when an invasion threatened. We know that in the only form of Parliament, the Public Meeting, the Settlers came together and voted whether to stand and fight or to run away until things cooled down, and that there was at one point a deadlock 51-51 in the voting with twelve not casting. Our history tells the following:
On June 1, 1797, a Public Meeting, (1) the recognized ‘Parliament” of settlement was held to decide this vital question. 128 persons attended. Of these, 51 voted in favor of evacuation, 65 for defense, and 12 did not vote.
True patriots are rare today, but our history is filled with numerous names of those who have displayed real patriotism over time including the late Hon. Phillip Goldson. Historical facts can be researched in our Archives and in the history of a few other countries that had involvement in the History of Belize; namely England, Jamaica, and Cuba.
By 1797, the settlement was bigger, more flourishing, and too valuable to lose, so the settlers had to decide if they would revert to the usual relocation to the Mosquito Shores or stay and fight in the event of another Spanish attack. One group strongly supported the traditional evacuation of the settlement. The other group, the patriots, repelled the idea of turning their backs on everything they had achieved. Thomas Paslow, one of the dominant patriot leaders called the members of the group cowards. He said that ‘Any man who will not defend his country is not entitled to reap the benefits there of.’ (Emory King’ A Diary of St. George’s Caye)—Battle of St. George’s Caye, Bicentennial Souvenir Booklet, Page 19, Paragraph 4
The story that changed and made history that is untold is about fourteen unsung heroes and patriots who lived in Flowers Bank, and who, in the dark of the night slipped and slid down the Belize River in pit pans to cast their votes to stay and fight. Their act of true patriotism shaped the history of Belize and saved our beloved Land of the Free from that act of invasion.
On Saturday, 13th June, 2009, this very important episode of bravery and true patriotism was finally cemented in the history books when the Flowers bank monument was unveiled. The monument, the brainchild of Dr. Neil Garbutt (deceased), a true and rare Belizean Patriot, stands solid as a true landmark of deep history. He, along with the Chairman of Flower’s Bank Village, Mr. Clinton Rhaburn, worked tirelessly to erect a monument that proudly tells the world about fourteen Belizean patriots who lived in Flowers Bank and who made the journey to Belize Town in their little pit pans to vote to stay and fight. They broke the deadlock 51-51 and that lead to the battle of St. George’s Caye, which ended the Spaniards’ attempts to invade the settlement and to displace the settlers. The settlement flourished thereafter and Belize Town grew into what we have today, the Land of the Free.
It is now our turn to be patriots. Belize is calling on each of us to defend her as invasion of a modern kind and in a variety threats. Let us live the example of all those who have been before us and stand in defense of our Garden of Eden. We will not give up a blade a grass or a drop a watta. Long live Belize!
Posted by Linda Crawford at 6:52 PM

Norman, very informative! I never knew all these details about the Battle of St. George's Caye.