SUMMIT OF THE AMERICAS 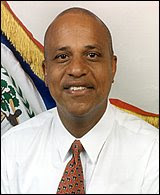 On Friday, April 17th, 2009 the fifth Summit of the Americas is set to open in Port-of-Spain, the Republic of Trinidad and Tobago.

As chairman of CARICOM, Prime Minister Dean Oliver Barrow of Belize will be heading to Port-of-Spain, Trinidad tomorrow, April 15, 2009 to prepare in advance.

The gathering of participants from thirty four heads of state of the Western Hemisphere will focus on human prosperity, energy security, climate change and sustainable development. The theme of the summit is: “Securing our Citizens’ Future by Promoting Human Prosperity, Energy Security and Environmental Sustainability”

The heads of state and government of the nations of the Americas will come together to discuss and take action on political, economic and social issues that are of concern to all countries in the region.

Other members of the Belize delegation to the Summit of the Americas are Hon. Wilfred Elrington, Attorney General and Minister of Foreign Affairs and Foreign Trade; Hon. Erwin Contreras, Minister of Economic Development, Commerce & Industry and Consumer Protection; Ms. Audrey Wallace, Chief Executive Officer in the Office of the Prime Minister and Belize’s Ambassador to the United States, Mr. Nestor Mendez.

Prime Minister Barrow will return to Belize on Tuesday, April 21, 2009. During his absence, Hon. Gaspar Vega, Deputy Prime Minister and Minister of Natural Resources and the Environment will serve as Acting Prime Minister.

Posted by Linda Crawford at 9:04 PM