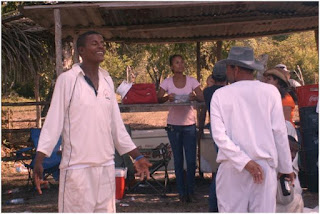 ·         Reggae Boyz  of Scotland Half Moon Vs. Unfinished Business of Biscayne Village

Ø  Matches schedule for this weekend April 25th 2009 is as follows:

Posted by Linda Crawford at 3:44 PM