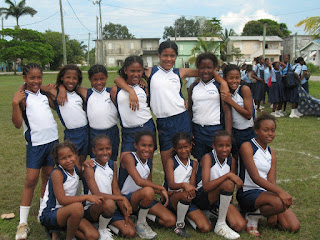 I am proud of our girls!

Love your vision for the village especially it's youths.

Awesome. Your pride in Crooked Tree and the girls is justified.
Barranco Beau

Hello Im searching for my grandfather Clarence J Lightburn or any possible relatives of the British Honduras Belize, If have any info email me bmayo5@nc.rr.com