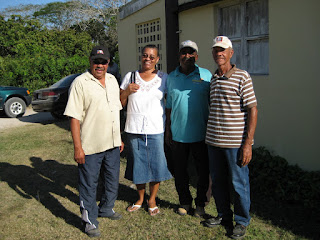 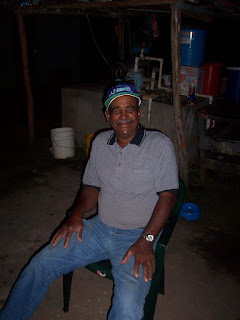 The Role of the Village Council

We all know that life in a Belizean village is a heavenly experience in which the neighbors are always friendly, exotic fruits are everywhere (mangos, mamie, cashew), fresh fish readily available, (crana, tuba, baysnook) and prime game meats (deer, gibnut, armadillo) adorned every table and the hardest decision you have to make is whether to relax after sunset in the company of cashew wine, berry wine or a cup of black tea. Of course, anyone who has actually spent much time in the villages knows that just below the tranquil surface of every rural community lies grave differences over things like money, crime, religion, sex  and, of course, politics.

It can be argued that the heart and soul of Belize lies not in its cities and towns, but in the villages.  Approximately half of Belize's population live in rural areas and with the National Association of Village Council and the Village Council Act, together these tools gives local councils more power, so that Village leaders can bond together to advance their common interests.

The council, not just the chairman or an officer, are the first point of contact for anybody wanting to conduct business within the community or the village. They are in charge of the financial matters and are responsible for public property, for sanitation improvement and management, for fighting crime, the maintenance of streets, roads, and infrastructure and advancement of economic opportunities. The entire council has a wide range of responsibility, which also includes responsibility for land within the village and the surrounding village areas. So, with the Village Council Act, villages are equipped with a law to insure that people in the villages have a voice in the conduct of their affairs.

Each Village Council serves a three year term of office.

Now this brings us to the situation that has been festering in Crooked Tree Village for the past two years. The Village has been without a council because of the elected officers’ differences with the chairman. You cannot have the chairman and the officers working to counteract each other; it’s just not going to work and in the end, who is going to suffer? The people and only the people! Politicians will argue day and night, but if the people do not get together and work out their differences, the village can lose economic opportunities. The people of Crooked Tree Village have put their trust in electing a council, a democratic process, and the Village Council is suppose to reflect their interest as to what is best for the village.

Crookedtreeans did not give up and on Sunday, March 15, 2008 with the District Association Officer, Mr. David Wade in attendance, a by-election was held for the election of new officers. The new officers have now pledge to work with the Chairman of the Village, Mr. George Guest and the remaining councilor Mr. Dione Crawford.

The new officers are: Mr. Rudy Crawford, Mrs. Sherolyn Webster, Mr. Denvo Gillett, Mr. Edwardo Ortega, and Mr. Churchill Gillett. They will serve out the remainder of the three year term, when new elections will be held on April 1, 2010.

Posted by Linda Crawford at 9:21 PM