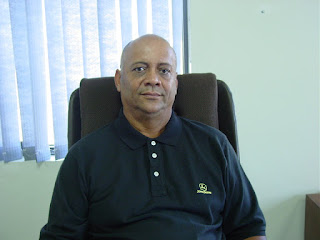 In 2001 the new sugar act was put in place which called for a reform in the Sugar Industry of Belize. This was put in place as a result of a study that was done in the sugar Industry of the Caribbean and the challenge to the World Trade Organization against the African, Caribbean and Pacific Countries brought about by Australia, Thailand and Brazil as a result of preferential treatment of sugar to these Countries. This was the case because Sugar from these Countries was given duty free access into the European Union, while other countries were disadvantaged by having to pay duty. The matter went to the WTO and the ruling was against the ACP (African Caribbean Pacific) countries.

Posted by Linda Crawford at 4:23 PM

After reading this post, It clearly shows dialog with all parties involve, however to my mind, I believe that for something of such vital importance to all parties involve, I don’t really get the satisfying feeling of a job well done by any of them in conveying vital information, not only to their peers, but also to the "public". Remember if this industry should fail, it will not only affect the northern districts, it will also affected the entire nation. Folks, brethrens, investors, please let’s get it right this time.