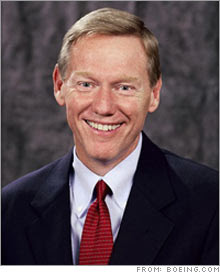 
The bailout of General Motors, Ford, and Chrysler looks like they will have to give Congress a plan today to re-invent the auto industry.
The US produce thousands of cars, trucks, and SUV’s per year, employing over 400,000 Americans with an average yearly salary of $64,000 on the vehicle assembly line and about 1.5 million more workers down the supply chain.

It also produces some of the best vehicles in the world; Toyota, Nissan, BMW, Mercedes, Mazda, Mitsubishi, and Subaru.
President elect Barack Obama says saving Detroit is necessary to protect the US manufacturing base. Should the taxpayers prop up an inefficient, failing auto industry? What is happening in Detroit?

Let me hear from you!
Posted by Linda Crawford at 12:56 PM